Home / WORLD / If capitulating to the trans lobby is the best Joe Biden can do in his first week in power, ailing America is truly doomed

If capitulating to the trans lobby is the best Joe Biden can do in his first week in power, ailing America is truly doomed 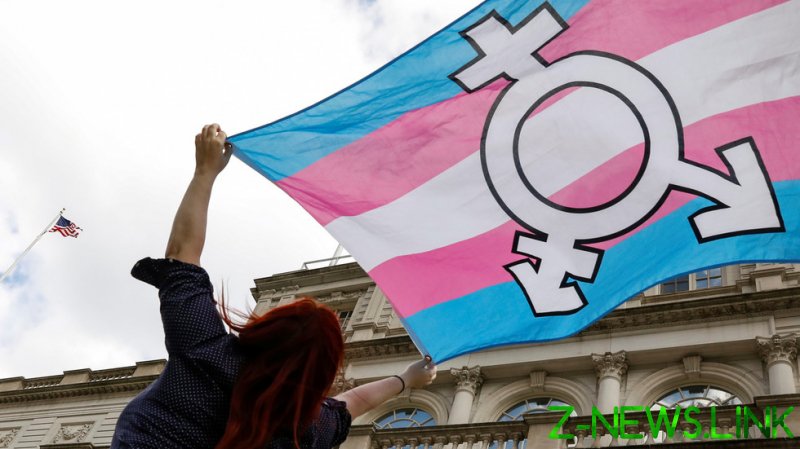 In America and Australia, both ailing and faltering liberal democracies, it has been an eventful week for transgender activists and their cohorts, small in number though they are.

President Biden in his first week in office has fervently embraced the transgender cause.

The new president issued an executive order on “Gender Identity Discrimination” that dramatically extended the ambit of existing anti-discrimination laws. Transgender persons can now no longer be prevented from competing in female sports; and female-only institutions, such as women’s refuges and women’s prisons are a thing of the past.

And, more ominously, the White House endorsed the use of “gender-neutral pronouns.” This accords with Nancy Pelosi’s recent edict that the words “mother,” “father,” “daughter” and “son” would no longer appear on the White House website or in official government documents. Mothers are apparently now to be referred to as “gestational carriers” or “chest feeders.”

How these measures will “heal a divided America” is not immediately apparent.

Does Biden believe that parents in the rust belt states will welcome the prospect of hefty transgendered Brunhildas charging down the football fields of Wisconsin leaving their daughters in their wake? Does he believe that hordes of ersatz Myra Breckinridges running amuck on the athletic tracks of Yale will bring a deeply divided America together again?

Will parents in Middle America dealing with the pandemic appreciate being told that the terms “mother,” “father,” “daughter” and “son” are no longer part of the American language? Will American mothers welcome being called “gestational carriers” or “chest feeders”?

I very much doubt it.

It has only taken a week for Biden and the Democrats to conclusively demonstrate that they are incapable of meaningfully dealing with the real issues confronting contemporary America.

But this should come as no surprise.

The more that so-called “progressive” governments adhere to these ideologies, the less able they are to properly govern, and the swifter the process of national decline.

If capitulating to the transgender lobby is the best Biden and the Democrats can do in their first week in power, America appears truly doomed.

Australia has experienced a somewhat milder version of transgender ideological fervour this week, as the country celebrates Australia Day today, January 26 – our equivalent of July 4.

The focus was Australia’s most famous female tennis player, Margaret Court, the winner of more grand slam tennis tournaments than any other woman player. Ms Court, whose tennis triumphs took place in the 1960s and 1970s, is now 78 and an ordained minister, leading a Pentecostal church in Perth dedicated to feeding the poor and homeless.

This week she was awarded the Companion of the Order of Australia – Australia’s highest civil honour – provoking a brutal backlash from the LGBTA lobby, transgender activists and fellow- travelling woke politicians and celebrities.

What provoked this backlash?

Ms Court had spoken out publicly against same-sex marriage (during a recent referendum debate on this issue) and the transgender transitioning of children. Her views on these issues flowed from her religious convictions.

In true totalitarian fashion, transgender activists decreed these opinions unacceptable, and it followed that Ms Court had to be denigrated and punished for having expressed such views.

During the Chinese Cultural Revolution, people accused of holding heretical views were paraded before Mao and the Communist elite with wooden placards around their necks. On the placards were written their names, over which X’s had been scrawled – perhaps an early example of individuals being “cancelled.”

Much the same happened to Ms Court this week.

Dan Andrews, the Labor Premier of Victoria and champion of all things woke (whose incompetence caused Victoria’s second Covid-19 outbreak that led to over 800 deaths and thousands of new infections – compared to about 50 deaths in New South Wales, for example), led the attack on Ms Court.

Andrews said that Ms Court’s views were “disgraceful, hurtful and cost lives” (Andrews would know about the latter), and that she should be stripped of her award.

Federal Labor leader, Anthony Albanese, whose political ineptitude is such that his own party is currently debating whether to depose him or simply allow him to lose the next election, was also quick to condemn Ms Court.

A leading transgender activist who had been awarded an Order of Australia medal in 2016 handed her award back, and a retired ABC broadcaster ostentatiously refused to accept the award he was scheduled to receive this week.

All of this ensured that Australia Day was characterised by a great deal of division and acrimony.

Ms Court stood her ground and it appears that she will keep her award. Ominously, however, not one Australian politician came to her defence.

What lessons can we learn from these recent events in America and Australia?

First, they highlight the narcissism and totalitarianism at the heart of the transgender movement.

Not only is debate over its aims and tactics prohibited, but unthinking, uncritical, slavish adulation from all citizens is demanded. Any individual who does not acquiesce (like Court) must, of course, be “cancelled.”

Transgender activists may denounce Donald Trump, but they have much in common with him – not least of all a shared innate narcissism.

Second, the transgender modus operandi (similar to that of the #METOO, Black Lives Matter and catastrophic climate-change movements) is deeply divisive and destructive of basic liberal values, most importantly free speech.

Third, Biden’s language policy exposes the nihilism inherent in the movement. The drive to abolish biological sexual categories and the family (initially by abolishing words but later, no doubt, the reality as well) is self-destructive and nihilistic.

Could any society in which large masses of citizens perpetually change their gender orientation (by means of radical surgery and drug treatments) and in which the family had been abolished, survive for long?

And, if gender and sexual orientation are mere social constructs, why are surgery and drug programs – both of which alter the physical body – necessary at all?

Fourth, one immediate consequence of Biden’s ‘reforms’ will be the destruction of women’s sport. Older feminists have now realised this, and also that the transgender cause constitutes an attack on women themselves and all that feminism has achieved.

Not surprisingly, these feminists are amongst the most perceptive critics of the transgender movement. As the journalist and feminist Janice Turner wrote recently, “Terminology that erases women’s material reality is not only degrading but impairs our ability to protect existing rights.”

It is clear that politically correct politicians like Biden and Andrews either have no idea of the consequences of their actions or, if they do, simply do not care. In any event, pandering to such irrational causes is a dangerous form of political decadence.

But unless western politicians committed to liberal democratic values take a stand on these issues (unpopular as it may be with some interest groups), the future may turn out to be far bleaker than even that envisaged by Aldous Huxley in “Brave New World.”