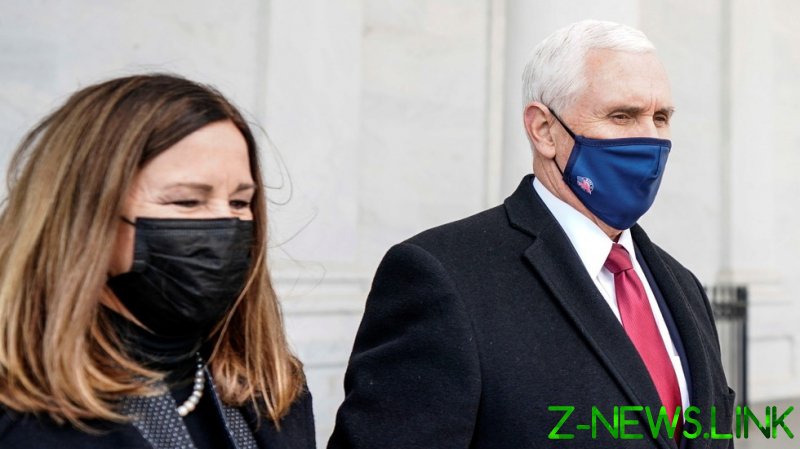 In Wednesday-evening tweets responding to criticism of President Joe Biden from conservatives, Wilkinson wrote, “‘Aha! Biden proposes policies I dislike. HIS CALL FOR UNITY IS A LIE!’ is all the forlorn conservative mind can seem to muster. Sad.”

The tweets were deleted, though screenshots still did the rounds on Twitter. Yet Wilkinson’s account received no action from the social media giant, despite what many interpreted as a call for violence. The platform previously suspended Donald Trump’s account in the wake of the US Capitol riot, claiming his tweets could be interpreted as calls for violence.

Critics called for Wilkinson to face suspension similarly, after his “lynch” comment.

Wilkinson apologized in a lengthy thread on Thursday, calling his tweet “sharp sarcasm” and an “error in judgement,” and claiming he was not calling for violence, as many had accused him of doing.

“Last night I made an error of judgment and tweeted this. It was sharp sarcasm, but looked like a call for violence. That’s always wrong, even as a joke. It was especially wrong at a moment when unity and peace are so critical. I’m deeply sorry and vow not to repeat the mistake,” the writer tweeted.

In follow-up messages, Wilkinson turned his attention to conservatives and blasted Biden’s “right-wing critics” for accusing the president of “insincerity” in his repeated calls for unity.

“My ill-advised tweet was meant as a tart way to drive home the exasperating bad faith of those whose own divisive rhetoric and repetition of lies about election fraud facilitated the mob attack on the Capitol, where pro-Trump rioters built a noose and called for Pence’s head,” he tweeted.

He argued his “lynch” tweet was meant to highlight the right’s unwillingness to go along with “national unification.”

According to Wilkinson, given the fact that some violent protesters at the Capitol reportedly wanted to kidnap Pence, “there can be no national unification except on right-wing terms.” This suggests the “absurd conclusion” that, “if Biden really took unity seriously, he’d endorse the mob violence of January 6,” he wrote.

As well as contributing to the New York Times, Wilkinson is the vice president of policy at the Niskanen Center. A think tank that has called for Trump to be “convicted” by the Senate and barred from holding future political office, it has argued that members of Congress “who vouched for the president’s lies about election fraud must also be sanctioned for their role.”