Home / WORLD / If Assange dies in UK prison it would mean he’d been ‘tortured to death,’ UN special rapporteur on torture tells RT

If Assange dies in UK prison it would mean he’d been ‘tortured to death,’ UN special rapporteur on torture tells RT 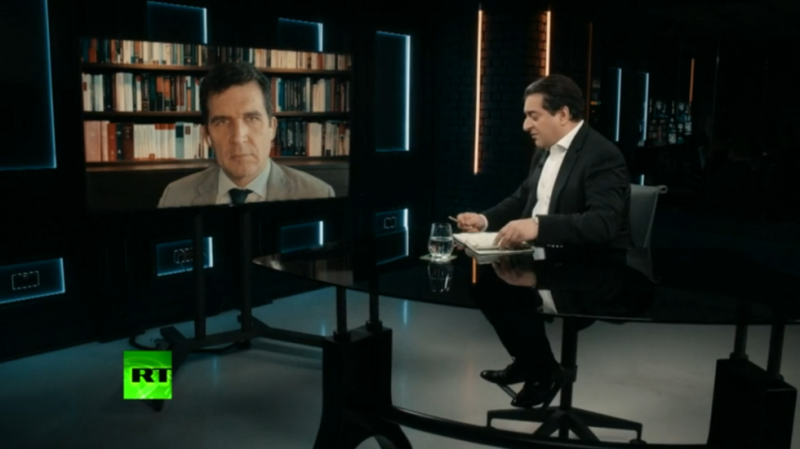 It would be a “tragedy” if Assange died in London’s Belmarsh maximum security prison due to his poor health, Melzer replied when asked about such an unsettling scenario by host Afshin Rattansi.

The official said he had visited Assange behind bars in May 2019 together with a team of medical experts and “we all independently from each other came to this conclusion at that time that his life was in danger.” The publisher’s mental and physical condition has entered a “downward spiral” since then, he added.

The WikiLeaks co-founder has been held in Belmarsh since April 2019 over breach of bail. Before that, the 50-year-old spent seven years holed up in the Ecuadorian Embassy in the British capital, where he sought refuge after an arrest warrant was issued over sexual assault allegations that he had always denied. The investigation against him was eventually dropped due to a lack of evidence. Assange’s supporters insisted he was actually being persecuted over his legitimate journalistic activities.

He is wanted in the US on espionage charges over the release of classified documents, including ones on Iraq, Afghanistan and Guantanamo Bay, by WikiLeaks. He could face up to 175 years behind bars if he’s extradited to America, despite the fact that the key witness in the case was revealed to have fabricated his claims.

In early 2021, a British judge turned down Washington’s extradition request, citing Assange’s poor health and a risk of suicide. The US’ appeal against the ruling was heard in the UK High Court earlier this week, with no immediate ruling being announced.

“Julian Assange is not mentally ill… He’s a very resilient, intelligent man. He doesn’t belong to a mental institution, right? So, if he has mental issues now it’s because of the abuse that he had suffered,” Melzer insisted.

“Grave medical harm has been caused to him in the last decade through constant isolation” and other abusive means, he said, adding that the WikiLeaks co-founder now suffers from “constant anxiety.”

The UN official slammed the UK prison authorities for the way they have treated the publisher. “You can’t get someone to recover from torture by continuing to torture him. And that’s exactly what they do. They isolate him; they keep him in this limbo,” he argued.

Melzer reiterated that there were no grounds to hold Assange at a maximum security prison, as he’s currently not serving any sentence and not facing actual criminal charges. “Even if we presume for the purpose of the argument that the extradition is legitimate and we have to somehow secure his presence, he can be in house arrest,” the rapporteur argued, adding that the WikiLeaks co-founder is being “isolated absolutely unnecessary and therefore unlawfully.”