IDF will fight until there’s ‘complete silence’ before any truce is possible, says Israeli defense minister 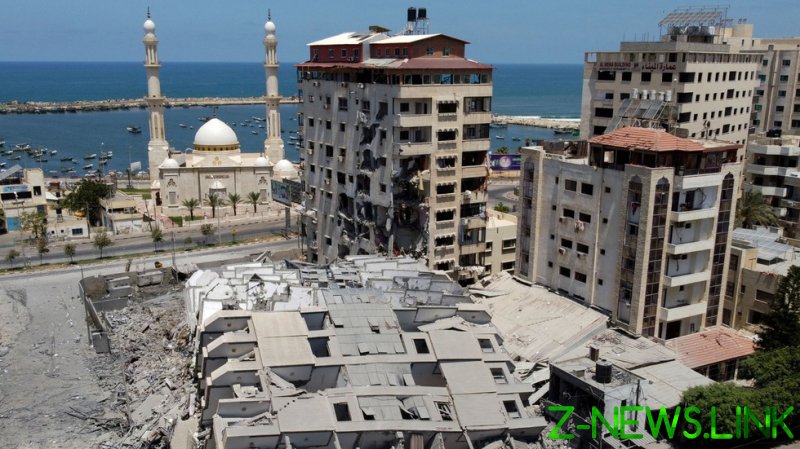 In a speech on Wednesday in the coastal city of Ashkelon, Israeli Defense Minister Benny Gantz promised to continue taking the fight to Hamas and other Palestinian forces before any truce is reached.

“In Gaza, towers are falling, factories are collapsing, tunnels are being wiped out and commanders are being assassinated. The IDF (Israel Defense Forces) will continue to strike and bring complete silence for the long term,” he told media in the southern city, which has been hard-hit by rockets fired from Gaza.

Gantz said that the current operation has no end date and that the IDF would carry out its duty. “We will not accept rebuke from any organization or institution about our right and duty to protect the citizens of Israel.”

The conflict between Israeli forces and Palestinian militants has rapidly escalated since the weekend after clashes broke out between police and protesters in East Jerusalem.

While the heavy-handed approach of Israeli law enforcement has attracted widespread condemnation around the world, Hamas and Palestinian militants have launched rockets into Israel and the Israeli Air Force has responded with attacks of its own.

According to Gaza’s Health Ministry, at least 43 people have been killed since Monday, while Israel has reported six deaths. Several high-rise blocks in Gaza collapsed after being struck by Israel’s forces. A sizable proportion of Hamas rockets were intercepted by Israel’s Iron Dome defense capability, but some landed as far inside the country’s borders as Tel Aviv and Rishon Lezion.

On Wednesday, the International Criminal Court’s top prosecutor, Fatou Bensouda, warned that she was keeping a close eye on developments in the West Bank, East Jerusalem, and Gaza. The court already opened a war crimes investigation in March concerning possible offenses committed by Israeli forces since 2014.

Tags before complete fight silence there truce until