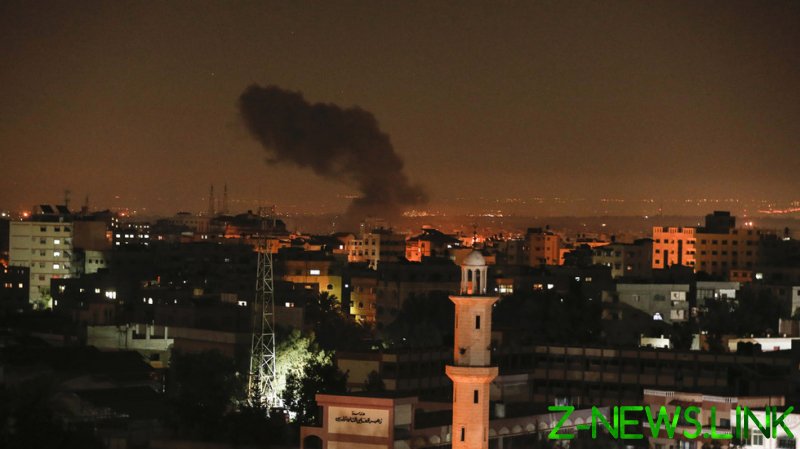 The targets allegedly included a rocket manufacturing site, a military post and some underground infrastructure, the IDF said in a tweet, warning that “Hamas will bear the consequences for all terror emanating from Gaza.”

Air raid sirens sounded in the southern Israeli city of Ashkelon late Friday, forcing residents to flee for bomb shelters. However, the Iron Dome air defense system reportedly intercepted all of the missiles, with videos shared online claiming to show the projectiles being launched from Gaza and then shot down mid-air.

Footage purporting to capture the IDF retaliatory strikes has also been circulating on social media, showing a bright blast lighting up the night sky.