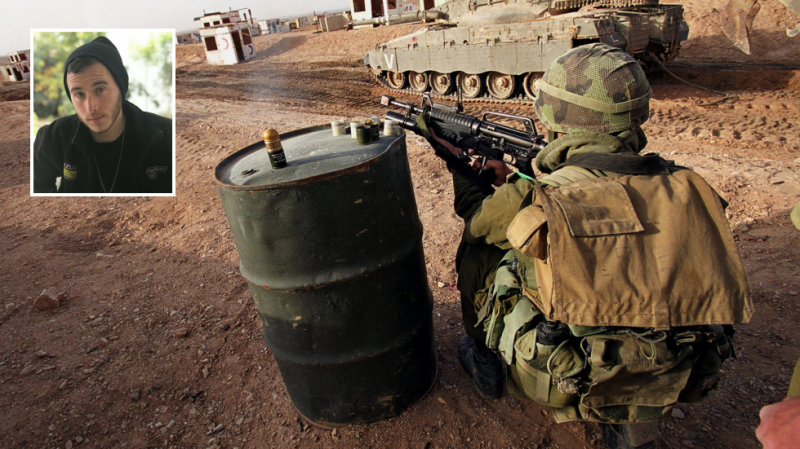 Yonatan Granot, 22, who was a Nahal Brigade infantry unit soldier, suffered a gunshot wound to the head during training at a firing range on Tuesday.

According to the IDF’s initial probe, a Ruger rifle, which had just been used by one of the troops, accidentally discharged a bullet after being picked up by the unit’s commander.

Granot was struck with a .22-caliber round, usually used by the Israeli security forces to disperse Palestinian rallies. The Israeli military have been touting these rounds as “less lethal” than the larger munitions employed in military ops. Human rights group B’Ttselem has for years been calling for an end to the use of this ammunition against protesters, saying it’s lethal and can’t be considered “not live fire.”

The wounded young man was rushed by chopper to a hospital in Jerusalem but couldn’t be saved, with his death officially announced three days later.

The family then made their decision to allow the use Granot’s organs for a noble cause. The lungs of the deceased were donated to a man in his late 50s who was recovering from Covid-19 at the Sheba Medical Center near Tel-Aviv. He urgently needed a new organ after suffering a lung collapse due to the virus.

It became the first lung transplant for a coronavirus patient carried out in Israel, and has been called a success. “Surgical process was very difficult, but the doctors did it,” Dr. Amir Onn, the head of the pulmonology department at the center, has said.

Another man in his early 60s, who was surviving on an artificial heart, has received Granot’s donated heart. His surgery also took place at the Sheba Medical Center and reportedly went well.

Granot’s liver, pancreas and both kidneys were donated to other medical facilities in the country, local media reported.

The military prosecutor is yet to decide whether to press charges against the commander who handled the fired weapon. He has remained in custody since the incident and, reportedly, may be charged with involuntary manslaughter.