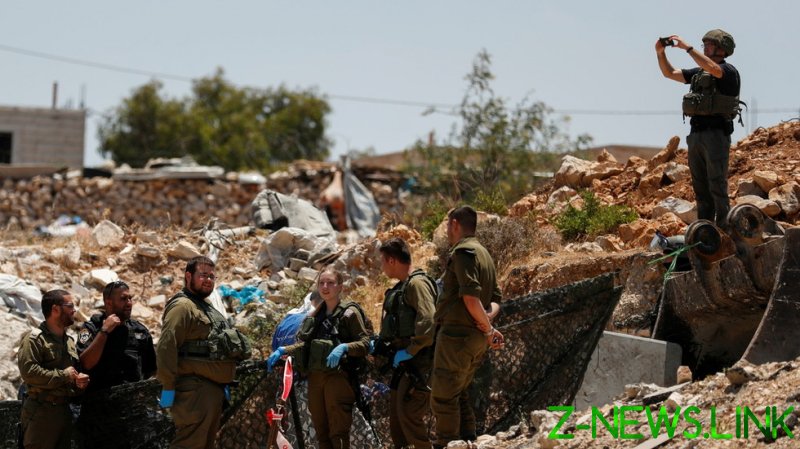 In a series of tweets on Wednesday, the IDF stated that an attack had taken place against Israeli troops near the village of Hizma, southeast of Ramallah, the main city in the West Bank.

The IDF described the event as a “combined car-ramming and stabbing attack” and said that the “the assailant was neutralized at the scene.”

Another tweet added that a woman had “exited her vehicle with a knife drawn” after ramming troops and was then “neutralized” by IDF soldiers. “During the incident, an IDF soldier was lightly injured,” it stated but did not elaborate on the injuries sustained.

Photos from the scene show a damaged saloon car and Israeli troops holding positions around the supposed attack site.

On Wednesday morning, there were signs that the peace treaty agreed in May following the 11 days of fighting may be in danger as Israel, under the new government headed by Prime Minister Naftali Bennett, launched airstrikes on Gaza. The IDF said the airstrikes were “in response to the inflating of incendiary balloons into Israeli territory.”

The incendiary balloons, which caused a number of fires across Israel, were launched after Bennett’s government allowed right-wing settlers to march to the Damascus Gate in East Jerusalem on Tuesday. The annual march marks Israel seizing East Jerusalem in the 1967 Six-Day war.

Bennett was sworn in as prime minister on Sunday, replacing long-term leader Benjamin Netanyahu, and will lead the ‘Change Bloc’ consisting of right-wing, centrist and even Arab parties. Bennett has previously stood for and championed the rights of Jewish communities to settle in the West Bank.