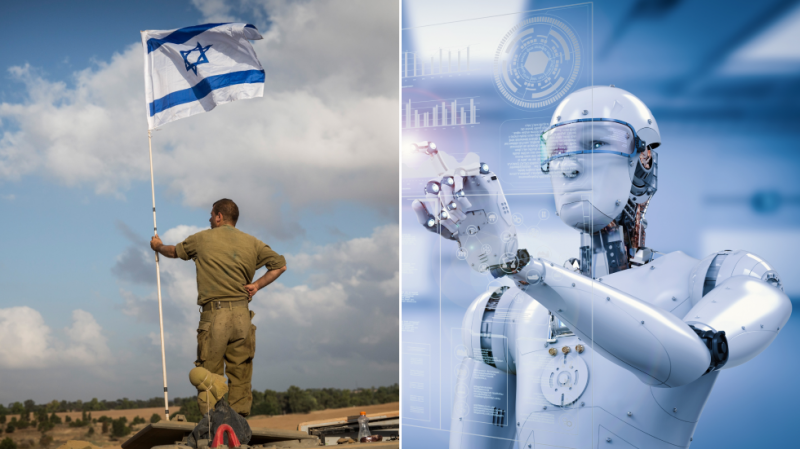 “For the first time, artificial intelligence (AI) was a key component and power multiplier in fighting the enemy,” a senior officer in the Israel Defense Forces’ (IDF) Intelligence Corps said, as cited by Israeli media.

The elite intelligence Unit 8200 used programs called “Alchemist,” “Gospel” and “Depth of Wisdom,” to further boost an already overwhelming superiority that IDF has over militants in the blockaded Gaza enclave. AI-powered analysis was applied to vast amounts of data collected through satellite imaging, surveillance cameras, interception of communications and human intelligence, according to the Israeli military.

The volume of intelligence was staggering. The IDF said, for example, that any given point in Gaza was imaged at least 10 times each day during the conflict. The military appears to be happy with what it got out of the algorithms.

The “Gospel” program, for example, flagged in real time hundreds of targets for the Israeli Air Force to strike, while the “Alchemist” system warned Israeli troops of possible attacks on their positions, according to the reports.

Israeli intelligence also claimed its technology allowed mapping with great precision the network of tunnels under Gaza, which were used by Palestinian militants. They said this data had helped secure the killing of senior Hamas commander Bassem Issa, the highest-profile officer killed by the IDF since the 2014 Israeli operation in Gaza, and of several other operatives.

“Years of work, out-of-the-box thinking and the fusion of all the power of the intelligence division together with elements in the field led to the breakthrough solution of the underground,” the senior officer said about the purported map.

Critics of Israel will likely not share the IDF’s enthusiasm for its AI application milestone, perceiving it as more of a sales pitch. The seemingly-irresolvable conflict with Hamas and the control that Israel has over access to Gaza makes the territory a convenient place to field-test military and security technologies.

Some people argue trials conducted during regular flare-ups of violence are essential for Israel to maintain a competitive edge in the global weapons market. Israeli producers market advanced drones, missile defense systems and other products to foreign customers under labels like “battle-tested” or “combat-proven.” The country’s defense sector maintains a cozy relationship with its military and the government in general.

Not only weapons systems but also information-collection technologies, which provided the fodder for the IDF’s analytical algorithms, are also rooted to a large degree in the Israeli-Palestinian conflict. Public concerns about terrorist attacks by radicalized members of the population in the Israeli-occupied Palestinian territories allowed for justification and for resources to pour into many policing tools. These include mass surveillance through street cameras, bulk harvesting of communication metadata, real-time monitoring of social media, and others.

The IDF says the use of AI-powered warfare in Gaza allowed it to minimize civilian casualties. Health officials in Gaza reported that at least 243 Palestinian civilians were killed during the fighting, including 66 children. The Israeli side said it killed 100 militant operatives and blamed misfired Hamas rockets for some of the civilian casualties in Gaza. On the Israeli side, 12 civilians and one soldier were reported killed due to the fighting.