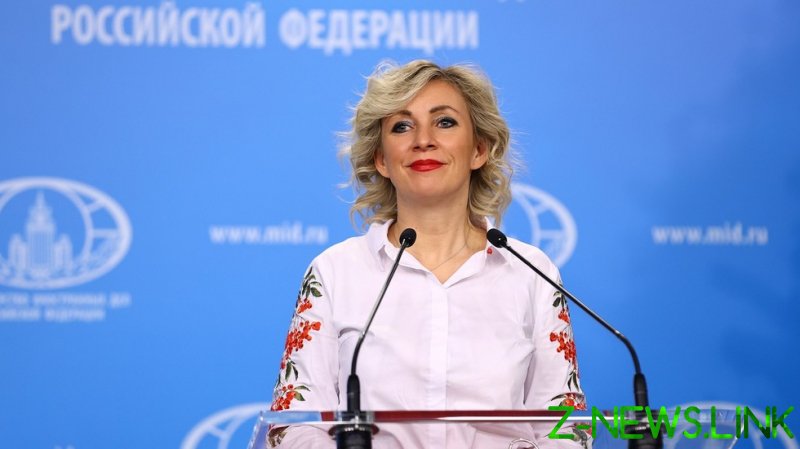 Maria Zakharova, the spokesperson for Russia’s Ministry of Foreign Affairs, made the claim on Thursday to YouTube channel ‘Izolenta live.’

“It’s a nuclear power that has gone wild with the idea of its own exceptionalism, withdrawing from lots of documents, treaties, international organizations,” she said.

Zakharova also believes that Washington has “encouraged its population to think that they don’t owe anybody anything” and “they should not obey anyone,” up to and including international law.

However, she noted that the White House may one day decide to return to various deals sidelined in recent years, presumably referring to the incoming president, Joe Biden.

Since the incumbent at the White House, Donald Trump, came to power in 2017, Washington has reduced its participation in international organizations. In 2018, the US withdrew from UNESCO and from the UN Human Rights Council (HRC). A year later, Trump pulled his country out of the Intermediate-Range Nuclear Forces Treaty (INF), and in 2020 the country left the Open Skies Treaty. Furthermore, on February 5, a fortnight after Biden is due to take office, the US will depart from the New START nuclear arms reduction treaty unless the Kremlin and the new president’s team quickly come to an understanding.

Last month, at his annual press conference, Russian President Vladimir Putin chided the US for pulling out of treaties that Russia is fully supportive of, noting that there could be an “arms race” if Biden doesn’t agree to an extension of START.

“We heard the statement by the president-elect that it would be reasonable to extend the New START. We will wait and see what that will amount to in practical terms. The New START expires in February,” Putin pointed out.