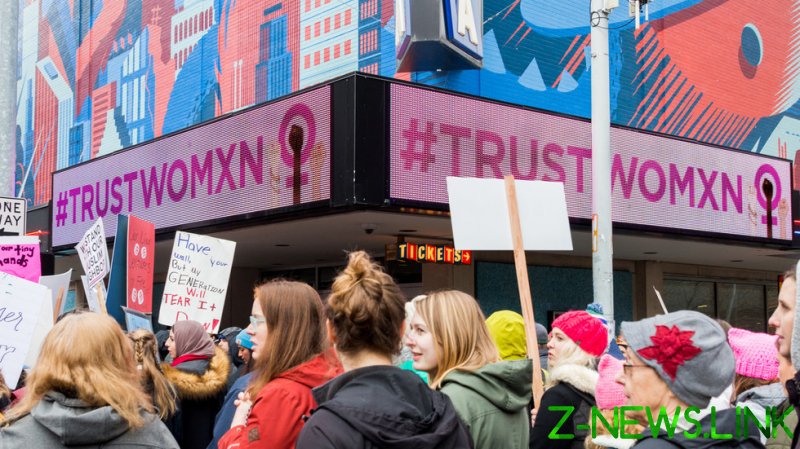 Unlike women, who have been around as long as men, the word “Womxn” has been around for ten years or so, with the “x” denoting transgender, non-binary and other deviations from the standard “woman.” Its predecessor, “womyn,” is a word cooked up by radical feminists in the 1970s to eliminate the words “man” and “men” from their gender.

Twitch’s embrace of woke twaddle was slated online, first by feminists who saw the word as “some woke attempt to erase the unique characteristics of biological females.”

And then by the transgender and their defenders, who view “womxn” as offensive to those who spend their lives transitioning into “women.”

“Imagine being trans and fighting your whole life to be considered a full woman and they instead change it to womxn to point out that you are still trans lmao,” Scottish comedian Mark ‘Count Dankula’ Meechan tweeted.

The company’s woke gesture was also mocked by a whole spectrum of internet commenters, many of them conservatives.

“Womxn” is one of a handful of words to be given a symbolic “x” by the woke crowd in recent years. There’s also “Latinx,” a misguided means of de-gendering “Latino” and “Latina” that nobody but white liberals seems to use, and “folx,” which is the word “folk” with an “x” added for the apparent heck of it.

It’s also not the first time the woke have been accused of demeaning women with their terminology. Women have been alternately dubbed “vagina owners,”“individuals with a cervix,” and “people who menstruate” by activists, and even politicians have considered adopting terms like “birthing bodies,” and “chestfeeders” to please the most radical wokists.

So in the spirit of inclusivity, from us to Twitch, happy Vaginated People’s Herstory Month to you too!