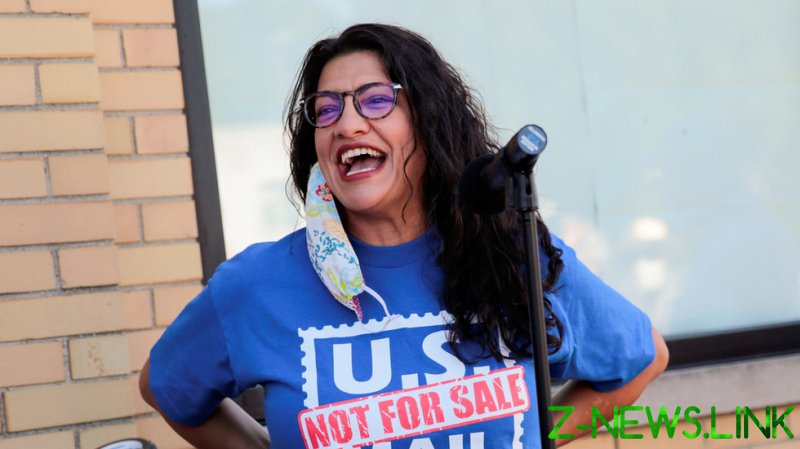 In the wake of the death of Daunte Wright after a traffic stop in Minnesota, Tlaib, a member of Alexandria Ocasio-Cortez’s ‘Squad,’ called for an end to “policing, incarceration, and militarization.” She also called policing “inherently and intentionally racist.”

In a Monday interview with CNN, Craig continued blasting Tlaib for her comments, calling them “reckless and disgusting” and saying the congresswoman was looking for “attention.”

Tlaib attempted to clear up controversy around her remarks in a followup statement, in which she said more public funding should be going into resources to help “tackle poverty, education, and equities and increase job opportunities.”

This is something the Detroit chief said he can agree with, citing a “mental health” problem in the US that not is not being properly addressed. However, Craig saw Tlaib’s follow-up comments as little more than a “backpedal” from the congresswoman to mitigate fallout from her original tweet.

“What she is doing now is pedaling back because she got so much pushback on her reckless comments,” he said. “So it doesn’t surprise me, she is now trying to take a softer approach.”

Craig, who is black himself, also suggested Tlaib represents only a “fringe group” and insisted she does not “speak for black and brown people in our city.”

A Tlaib spokesperson responded to Craig’s comments in a Monday statement to Fox News, blasting his words as “disappointing and unproductive” and citing the “harmful treatment” of Black Lives Matter protesters by police in Detroit.

“One would think Chief Craig has more important things to do,” the spokesperson said.

Craig has also targeted other lawmakers he feels are painting police with a “broad brush,” including Rep. Maxine Waters, currently facing pushback for encouraging Black Lives Matter protesters in Minnesota to be “more confrontational.”

The police chief said such “reckless statements” could open the door to “create criminal behavior.”