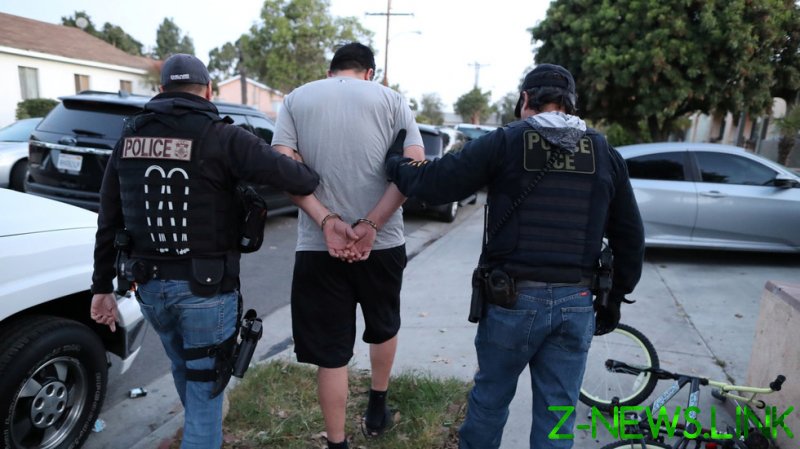 Overseen by a senior official in Washington, DC, the ICE Case Review Process is part of the White House’s wide-ranging immigration reforms.

In a statement, the agency said that the appeals process could be used by individuals who believe that their case does not “align with ICE’s enforcement, detention, and removal priorities.”

Shifting away from Donald Trump’s strict enforcement of illegal immigration, the Biden administration has directed the ICE to prioritize individuals deemed national security threats, as well as migrants who recently crossed the border since November 1. Individuals suspected of “aggravated felonies,” which include crimes such as failing to appear in court, will also be targeted. Currently, ICE officers need to obtain approval from their superiors before arresting or deporting people who are not considered a priority.

Detainees and their legal representatives are already able to challenge arrests and deportation orders at a local level. But the new protocols will allow a separate review process should the initial appeal be denied. ICE officials tasked with reviewing cases will consider whether the arrest is consistent with the Biden administration’s guidelines and can recommend halting deportation or even release from custody should the circumstances warrant it.

Since taking office, Biden has signed a number of executive orders overhauling Trump’s hardline stance on immigration. In early February, he signed decrees that launched a task force charged with reuniting families separated at the border, and called for a review of how asylum cases are processed.

The Biden administration also attempted to impose a 100-day deportation moratorium, but a federal judge in Texas blocked the move.

The new review process comes after Trump slammed his Democratic replacement for allegedly allowing the situation on the US-Mexico border to get “totally out of control.”

He claimed that Biden had created a “spiraling tsunami” that would allow “a mass incursion into the country by people who should not be here.”

The divisive debate over immigration is likely to heat up in the coming months. The Department of Homeland Security said that it is bracing for an unprecedented number of unaccompanied minors crossing the border, creating serious logistical problems for immigration officials. The new administration has reopened two Trump-era facilities used to house migrant children, sparking criticisms from within the Democratic Party. Biden has insisted that the move is temporary until the children can be reunited with family members.