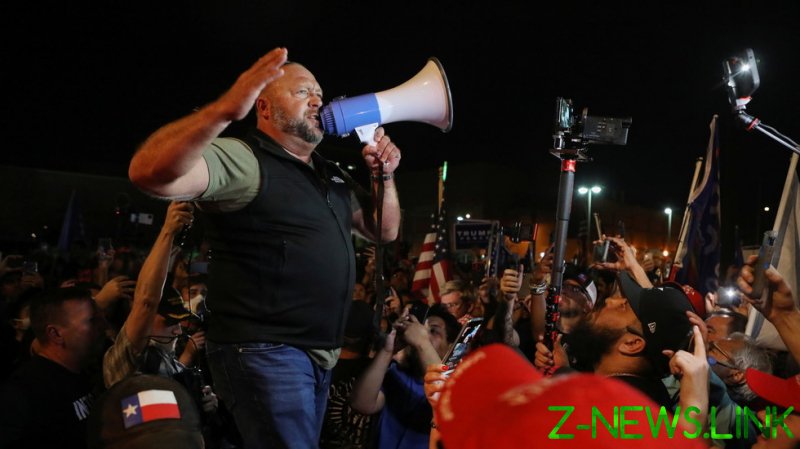 “It’s the truth, and I’m just going to say it: that I wish I never would have f***ing met Trump,” Jones says in the video, leaked to Southern Poverty Law Center’s Hatewatch group and posted Tuesday.

The footage was recorded in January 2019 by Caolan Robertson, a filmmaker hired to shoot a documentary for Jones in Austin, Texas at the time.

“I wish it never would have happened. And it’s not the attacks I’ve been through. I’m so sick of f**king Donald Trump, man. God, I’m f**king sick of him. And I’m not doing this because, like, I’m kissing his f**king ass, you know. It’s, like, I’m sick of it,” Jones adds.

Robertson also presented Hatewatch with screenshots of text messages he claims are from Jones, where he asks him to not use the footage.

Further allegations from Robertson include him saying the InfoWars founder bragged about making tens of millions of dollars selling “d**k pills” to his audience, a group he said would “buy anything.” These claims, however, are not backed up by text or video, and the filmmaker says they were remarks made off-camera.

Jones’s relationship with Trump through his four years in the White House was up and down, with Jones growing more and more critical of Trump as time went on. He did, however, speak at the January 6 rally in Washington, DC – shortly before the US Capitol riot.

“I don’t know how this is all going to end, but if they want to fight, they better believe they’ve got one,” Jones said the night before the riot.
Reactions to the SPLC revelation mainly accused Jones of being a “grifter” who plays dumb for his audience but secretly holds them – and Trump – in contempt.

SPLC’s Michael Edison Hayden, who authored the story, tweeted that “people pushing this hard right, anti-democratic, authoritarian bulls**t in our country are almost all in it for their own money and power,” and that “In our culture, we sometimes talk about people being ‘grifters’ and ‘nazis’ as if these are somehow separate distinctions.”