‘I will not suffer Q people’: Alex Jones wins MSM plaudits for venting fury at QAnon in viral clip 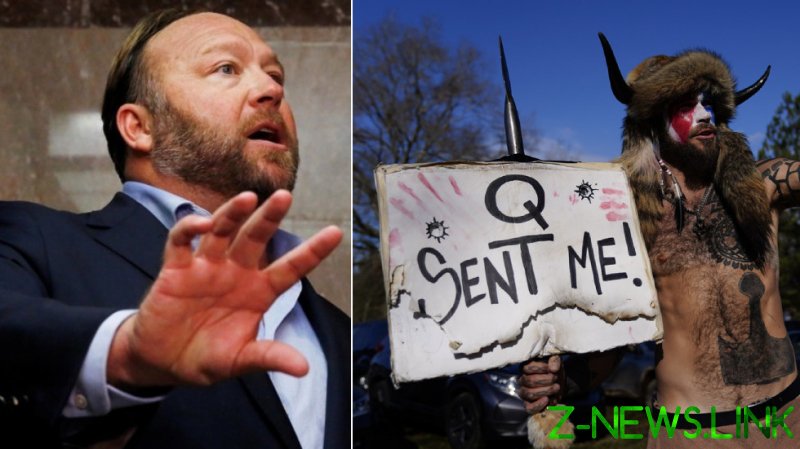 As America continues to pick over the bones of Wednesday’s riot at the US Capitol building, the QAnon phenomenon is coming under even greater scrutiny as blame and retribution is doled out.

The conspiracy theory, which is popular among some right-wing circles, claims that there is a vast cabal of Satan-worshipping pedophiles secretly operating the levers of power in the United States. Adherents long-held President Donald Trump in very high regard, believing that he was battling against the powerful predators.

On InfoWars, Jones cut-off a Q-affiliated guest and called them “full of s**t” before launching into one of the dramatic tirades that made him famous.

However, he briefly became a mainstream media darling for his QAnon hot-take, which was shared on Twitter by a host of journalists and media personalities from several major news outlets including the Washington Post and MSNBC.

“It’s been a really dark week in many ways, and laughing this hard is good for the soul,” TV anchor Chris Hayes said.

The clip of the spiel quickly racked up over 1.6 million views and thousands of shares as many enjoyed Jones’ energetic dismissal of QAnon and heralded him as an unlikely “voice of reason”.

The footage even inspired a quick remix, another medium for which Jones has become famous.