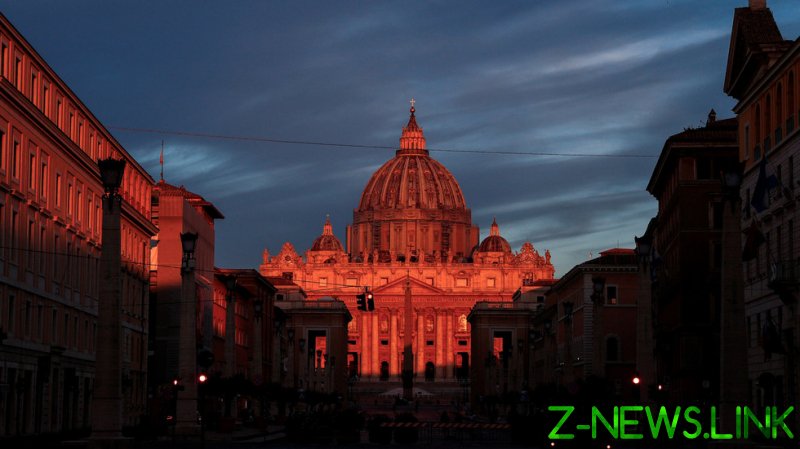 The accuser, who has been identified only as L.G., testified for the first time during a criminal trial inside the Vatican on Wednesday.

He alleged that priest Gabriele Martinelli abused him between 2007 and 2012, mostly while both were minors in the Pius X Preparatory Seminary, which houses altar boys aged 12-18 who serve Mass in St. Peter’s Basilica, the Vatican’s main church and one of the most iconic temples in Catholicism.

L.G. testified that Martinelli, who is older than him, would slip into his bed at night and force him to touch him and have sex in another room. He said it was his first sexual experience, and that he felt “paralyzed.”

The accuser also claimed that Martinelli tried to convince him to have sex in a bathroom behind one of the altars in St. Peter’s Basilica while both were due to serve Mass. He added that, during the alleged incident, Martinelli was naked under his cassock, a robe-like garment worn by the clergy.

“I was shocked,” L.G. told the court, saying that he refused to follow Martinelli into the bathroom.

Martinelli previously denied the allegations. He told the court last month that the abuse claims made by L.G. were physically impossible due to the layout of the seminary and that the rector could come into the dorm rooms at any time. He also denied having any power over the altar boys. Martinelli further said that, by making false accusations, L.G. wanted to discredit him and the seminary, and that there was “jealousy” among former seminarians that he was eventually ordained a priest.

L.G. alleged that in 2009 he alerted the former seminary rector, Enrico Radice, about Martinelli’s behavior, but did not provide details. He told the court that Radice threatened to banish him from the seminary unless he stopped complaining. The former rector is now charged with shielding Martinelli from investigations.

Radice denied having known anything about the alleged abuse. “The walls were thin, you could hear everything,” he told the court, adding that he believed the accuser was motivated by “financial interests.”

The high-profile trial, which is the first of this kind in the Vatican, is the latest in the string of sexual abuse scandals that have rocked the Catholic Church in recent years. Most cases have involved accusations of the abuse of minors by clergymen, and the alleged attempts by the Church elite to cover up abuse.

In November 2020, the Vatican published a report implicating senior Church officials of ignoring complaints of sexual abuse within its ranks. Pope Francis expressed support for the victims and vowed to “eradicate this evil” from inside the Church.