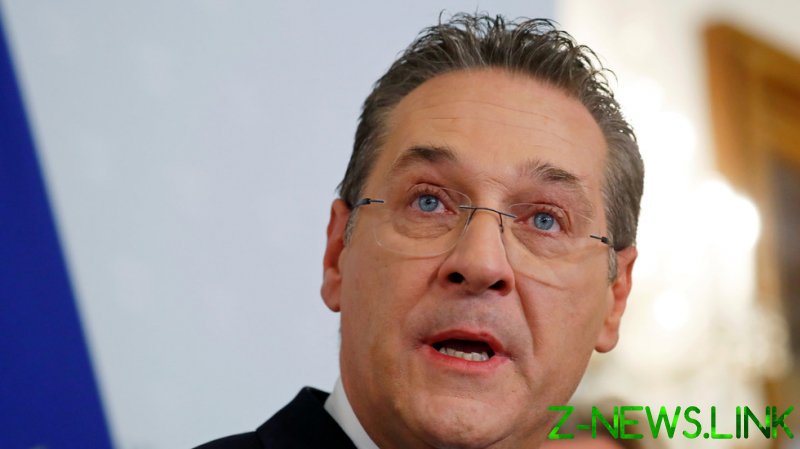 Austria’s right-wing government imploded in spectacular fashion last summer, after two German newspapers, Der Spiegel and the Suddeutsche Zeitung, published excerpts from a videotape of Vice-Chancellor Strache negotiating a ‘quid pro quo’ deal with the supposed “niece of a Russian oligarch” in Ibiza.

The woman was later revealed to be a Bosnian student, posing as a Russian femme fatale, and the tapes turned out to be from 2017, but that didn’t save Austria’s ruling coalition.

Strache resigned and snap elections were called. His ex-coalition partner, Chancellor Sebastian Kurz, eventually regained power, but this time partnered with the environmentalist Green Party, and not the right-wing Freedom Party (FPO).

Strache has been fighting a court battle against the media to clear his name, and his lawyers have apparently obtained the full contents of the tape. He now says the unabridged transcripts – partly published in the media this week – prove that he’s been framed and misrepresented in the “leaks.”

“It was a manipulative extermination campaign that was launched on several levels,” Strache told RT Deutsch in an interview.

Indeed, much of the so-called “Ibiza affair” is still shrouded in mystery. Strache initially accused unnamed “intelligence agencies” of orchestrating the recording, while Kurz pointed the finger at an Israeli spin doctor, Tal Silberstein. A newspaper report last May blamed an Iranian-born lawyer, Ramin Mirfakhrai, who admitted his involvement but described the sting as a “civil society” project.

“This group of perpetrators is likely to be a very large one; one could perhaps also speak of a criminal network,” Strache told RT. He then claimed that a member of his own security team was apparently working with this “mafia” for nearly a decade and that the male escort of the ‘oligarch’s niece’ was allegedly working with Strache’s companion on the night – FPO deputy leader Johann Gudenus – to entrap him.

Strache also alleges that he was drunk – or maybe even “drugged” – during the “illegal” recording.

It is not clear if Strache’s assessment matches that of the committee of inquiry, which has been investigating the affair since June. Strache has little confidence in the inquiry, though, and told RT that he expects it to be derailed by “political tactics.” However, prosecutors in Austria are currently investigating the woman’s male companion – identified as “private investigator” Julian H. – for entrapment, while the newly-surfaced tapes appear to paint a different picture of the night in Ibiza.

READ MORE: The honey trap that wasn’t what it seemed: What was really behind ‘Operation Strache’?

In these, Strache can be heard rejecting some of the corrupt offers from the “Russian oligarch’s niece.” When she lays out the deal – favorable press coverage in a newspaper owned by her family in exchange for lucrative construction contracts – Strache responds: “No way, I won’t do it.”

“I don’t want to be vulnerable,” he says. “I want to sleep peacefully. I want to get up in the morning and say: I’m clean.”

While some of these lines were mentioned during the 2019 coverage, they did not appear in the “leaked” video – and Strache suspects this is no coincidence. He claims the additional footage now proves he is “neither corrupt nor for sale,” even despite the fact that he was plied with alcohol. He said he’s unsure whether to blame the two German newspapers for airing the original, selectively-edited footage, or the masterminds of the sting operation who sold them this footage.

Some of the German-language media that previously reported on the “Ibiza affair” have been left unimpressed by the new transcripts, and it remains to be seen whether the investigation sides with the so-called “civil society” project or condemns what Strache likes to call the “Stasi methods,” in reference to the infamous East German secret police. But given the alleged scope of the operation, Strache says he’s happy that at least he got out of it alive.

“I’m glad I’m alive,” he told RT. “I have the opportunity every day to experience the sun rising again, and also to defend myself and to fight such mechanisms. Because I say that such methods have no place in political debate.”