Home / WORLD / I wanted the burka banned, but outlawing hijabs at work is a return to the bad old days

I wanted the burka banned, but outlawing hijabs at work is a return to the bad old days 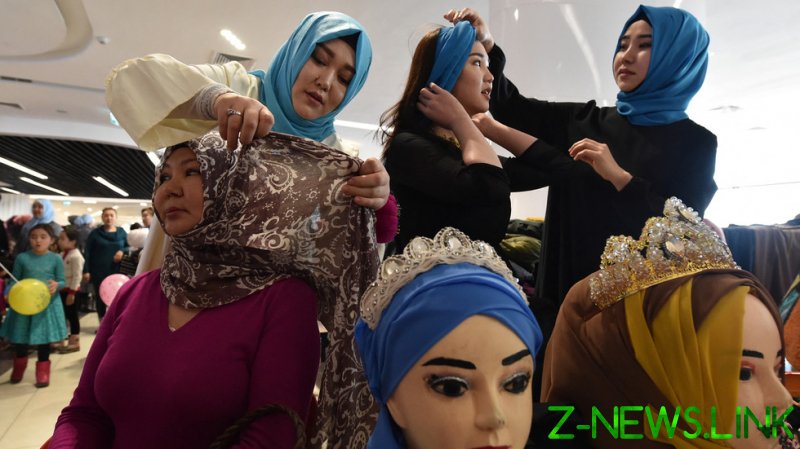 The European Union’s top court, the European Court of Justice (ECJ), has ruled that employers have the right to sack Muslim women if they wear the hijab when face to face with customers or if the wearing of the religious clothing is likely to cause a workplace conflict. The case was brought by two German women who were suspended from their jobs for wearing a hijab. One was a special-needs carer, the other a pharmacy cashier.

In its ruling, the ECJ tribunal stated that “a prohibition on wearing any visible form of expression of political, philosophical or religious beliefs in the workplace may be justified by the employer’s need to present a neutral image towards customers or to prevent social disputes.” I have to say that I really struggle to understand the logic of this ruling, or indeed how it will help community relations.

Disputes about religious garments go back many decades, and this ruling is so regressive that it takes my mind back to what happened in Wolverhampton, in the English Midlands, in 1967. Then, Tarsem Singh Sandhu, a Sikh bus driver, was sent home from work to remove his turban and shave. As hair maintained in a turban is one of the five Sikh articles of faith, Sandhu refused. Following a campaign that saw 6,000 Sikhs march in protest through the city’s streets, the bus company gave way, and the rule was changed two years later. It was a sensible decision and represented an expression of religious tolerance. Indeed, it seems that a 1960s Wolverhampton bus operator was more tolerant of religious freedom than the 21st century ECJ.

Similarly, I remember being dumbfounded when a British Airways employee, Nadia Eweida, was sent home from work for refusing to remove her Christian cross necklace back in 2006. Although she lost her subsequent tribunal appeal, Eweida eventually took her case to the European Court of Human Rights (ECHR) and won, with the court ruling that her human rights had been violated. The fact that she had to take her case to the ECHR was a scandal in itself. Nevertheless, common sense and religious tolerance had finally prevailed. It would seem that the ECJ’s ruling regarding the hijab contradicts the sensible decision of the ECHR.

Now, some people reading this may be confused about my stance on this issue. I came in for criticism from certain parts of the media in 2017 because my party, UKIP, advocated the banning of the burka. This was not done on religious grounds; indeed, I support religious expression. I just believe that, to enjoy the full fruits society has to offer, you have to be prepared to show your face. Then, of course, there is the security aspect to be taken into consideration.

There is, however, a very clear difference between the hijab and burka, and it is that you can see the face of the person wearing the hijab. The hijab should therefore not prevent any woman from taking up any profession she chooses. It is an expression of her faith and surely it should be tolerated. After all, liberal Western Europe constantly berates Eastern states for their intolerance on issues such as LGBTQ rights and abortion. Don’t you agree, therefore, that this ECJ ruling has a whiff of hypocrisy about it?

Also, where does this ruling leave Christians who want to wear a cross or crucifix at work? Or, indeed, are we saying that an employer can once again tell a Sikh to remove his turban and shave his beard? Surely what is good for the goose is good for the gander? Are we saying, for example, that an anti-Semitic employer could tell a male Jewish employee to remove his kippah because it caused conflict in the workplace or offended customers? I would certainly hope not, but this ruling opens up a right royal can of worms and is a clear danger to many religions.

For me, this judgement is regressive and a return to the bad old days of intolerance; only, this time, it is secular intolerance. I believe that people should be free to express their religious beliefs through dress, just as long as it does not impact on the wider society. And I do not see how wearing a hijab, a turban, a cross or crucifix, or a kippah at work could adversely harm society or indeed offend anyone at all.