Home / WORLD / ‘I voted for a guy named Trump’: US president casts his ballot in person, claims it’s ‘much more secure’ than sending by mail

‘I voted for a guy named Trump’: US president casts his ballot in person, claims it’s ‘much more secure’ than sending by mail 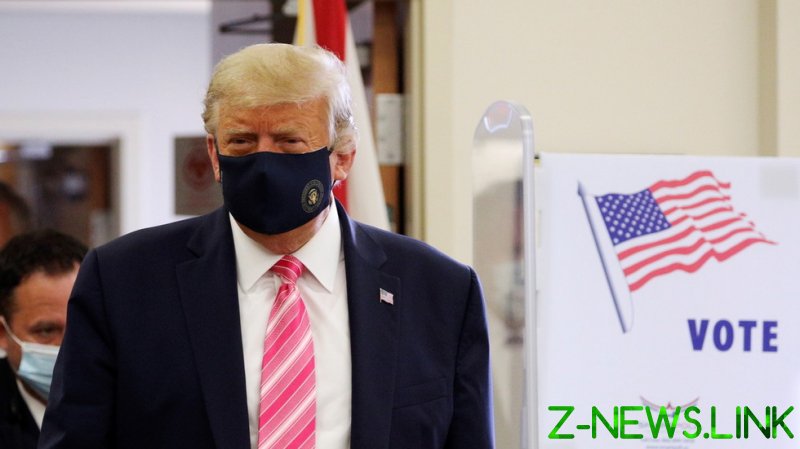 “I voted for a guy named Trump,” the president told reporters after casting his ballot at the West Palm Beach public library, which is near his Mar-a-Lago resort, where he spent Friday night after campaigning.

Trump also railed against mail-in voting, suggesting it’s less “secure” than doing so in person. “It was a very secure vote,” he said. “Much more secure than when you send in a ballot I can tell you that.”

The president has continually attacked mail-in voting – which critics say he does without widespread proof of his claims – and suggested the process can be “manipulated” and that this election will have “fraud like you’ve never seen.”

Trump spoke to journalist Piers Morgan by phone on Saturday morning and the former ‘Celebrity Apprentice’ contestant tweeted that, despite his repeated statements about potential vote-fixing, the president is confident he’s going to win reelection.