Home / WORLD / ‘I understood that the governor wanted to sleep with me:’ 2nd former aide to NY Gov. Cuomo accuses him of sexual harassment 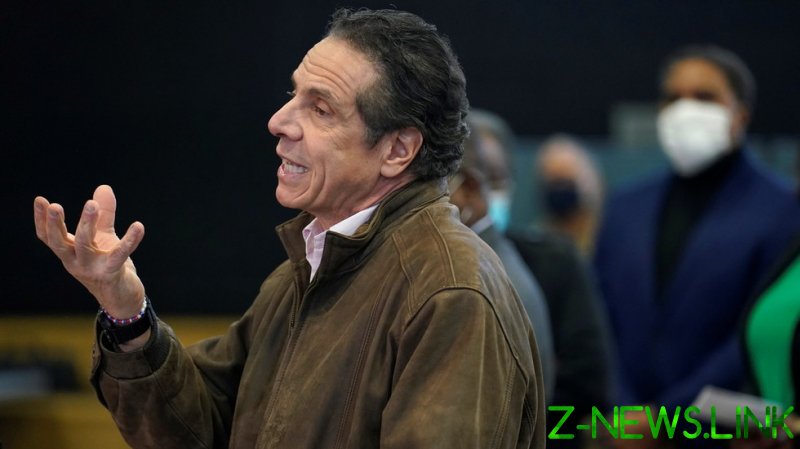 Bennett, who joined Cuomo’s administration in early 2019, and was promoted from her entry-level position to that of a senior briefer and executive assistant to the governor in the span of several months, told the New York Times that she was constantly grilled about her sex life by her former boss.

Bennet said that she reported Cuomo’s alleged sexual overtures to his chief of staff, Jill DesRosiers, and special counsel to the governor, Judith Mogul, after one particularly disturbing encounter in June last year, during which Cuomo asked her about whether she was single and whether she had slept with older men. Cuomo reportedly lamented that he “can’t hug anyone,” but when Bennet wanted to change the topic, telling the governor that she also misses her friends and family due to the Covid-19 restrictions, persisted, reportedly saying: “No, I mean like really hugged somebody?”

The woman said that while Cuomo did not physically abuse her, she felt like the governor was wielding his power to hit on her.

“I understood that the governor wanted to sleep with me, and felt horribly uncomfortable and scared,” she told the Times, adding that she thought that her refusal would mean “the end” of her job in the Cuomo’s administration.

Bennet said that when she only embarked on her work in the Cuomo administration, he deemed him a mentor and a father figure. Although she admitted that Cuomo would prod her about her romantic life from time to time, she did not think of it as something sinister until a meeting on May 15, which she described as a “turning point” in Cuomo’s conduct. After she brought some papers to his office at the Capitol that day, Bennet said that Cuomo grilled her about whether she was dating any members of his administration. As she told him about her upcoming university speech in which she wanted to relate her story of a sexual assault survivor, Cuomo fixatated on the topic. Bennet said that Cuomo stared her down and repeated several times: “You were raped and abused and attacked and assaulted and betrayed” – in a manner that Bennet said she found deeply unsettling, comparing it to “something out of a horror movie.”

After she confided in DesRosiers and Mogul, Bennet was appointed a health policy advisory and assigned work at a different part of the Capitol to where Cuomo’s office is located.  She told the Times that she decided not to insist on the investigation into her former boss at the time, as she wanted to leave the experience behind. However, Bennet eventually resigned from her position and moved to another state, saying that her hope that she would “have distance” from Cuomo was dashed. “His presence was suffocating,” she said.

Cuomo has rejected the allegations, insisting he had “never made advances” towards Bennet, and argued that he never intentionally engaged in some “inappropriate” behavior in his interactions with the 25-year-old former stuffer.

In his statement on Saturday, Cuomo said that the situation “cannot be and should not be resolved in the press,” announcing “a full and thorough outside review” of the allegations.

Bennet became the second former staffer to come forward with such allegations against Cuomo. Earlier this month, his former aide Lindsey Boylan claimed Cuomo invited her to play strip poker and kissed her on the lips without permission. Bennet retweeted Boyland’s story earlier this week.

In addition to snowballing allegations of sexual harassment, Cuomo has been facing backlash from his handling of the nursing homes in Covid-19 pandemic after his secretary admitted that the Cuomo administration hid data on the nursing home cornoavirus death to not let the Trump administration score political points.