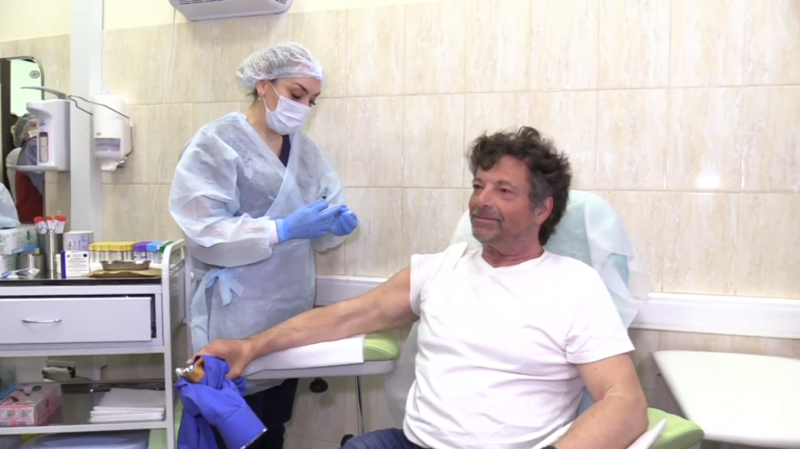 A member of the Bundestag from Die Linke (The Left), Diether Dehm, and the spokesman for the party’s parliamentary faction, Michael Schlick, attended the Victory Day parade in Moscow, held annually on May 9. It’s not the first time that the two politicians have taken part in the commemoration of the defeat of the Nazi regime.

“For several years now, I have been trying to come to the parade. The first time I was here was back in 2017, then in 2019, this year I came again. This is a great event for me, it is important for me to be here on May 9 to express thanks for what the Red Army did, and I am glad to have the opportunity to attend the parade,” Schlick told RT Deutsch.

They come to pay their respects to Soviet soldiers, without whose sacrifices, “freedom of speech, freedom of art probably wouldn’t exist today,” as Dehm put it in the interview.

Dehm took the opportunity to get the Russian Sputnik V coronavirus vaccine while in Moscow. The politician opted to take the Russian-made jab because he believes it to be one of the best options available in the market, as it’s based on well-tested technology.

“My trust in the [German] federal government is low. My trust in Sputnik is greater,” the MP explained.

The only reason why Sputnik V has not received EU-wide approval is politics, Dehm argued, as the bloc’s politicians – German representatives in particular – have wasted a lot of time tarnishing the Russian-made jab instead of rushing to buy it when it became available.

When Sputnik V was approved for use in Russia, our newspapers, all together and in large letters wrote “Putin’s poison.” The vaccine is not poison, the poison is our federal government, our Health Ministry. It has human lives on its conscience, because it did not ask for the Russian vaccine.

The politician added that “if you want to save human lives,” you could have made an independent decision.

In April, the premier of Germany’s Saxony region, Michael Kretschmer, said that the country was looking to acquire 30 million doses of Sputnik V, which boasts an efficacy of over 91 percent and for which no significant side effects have yet been reported.

However, his statement pointed out that the Russian vaccine first needed to be greenlit by the EU’s regulator, the European Medicines Agency (EMA). The developers of Sputnik V continue to work with the EMA in order to secure its approval, and remain “fully transparent” despite pressure being applied on the regulator by competitors, the Russian Direct Investment Fund (RDIF) said.

Talks with Germany are ongoing and the vaccine could be supplied to the country in June, the RDIF pointed out in a statement on Telegram. Last week, a report in the tabloid Bild claimed that the negotiations between Russia and Germany were “dead.”