Home / WORLD / I think anti-vaxxers are nuts, but I HATE the fact I can’t travel or even work without the jabs

I think anti-vaxxers are nuts, but I HATE the fact I can’t travel or even work without the jabs 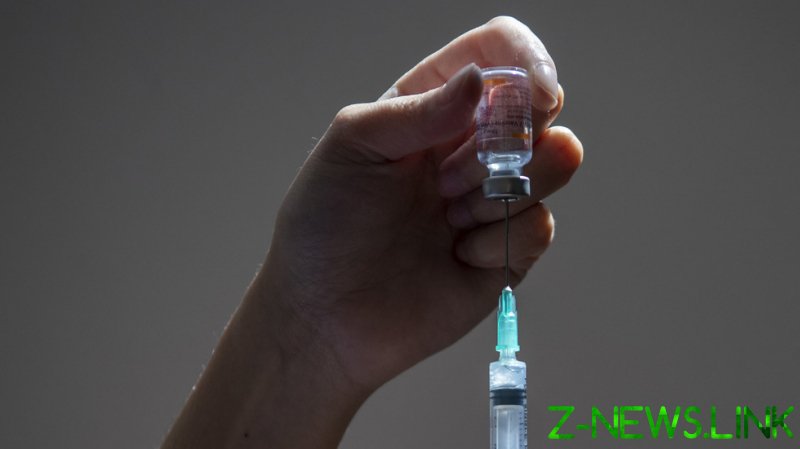 To be jabbed or not to be jabbed, that is… not much of a question, really, is it?

Personally, I have no choice. As a working journalist, there are loads of places that won’t give me accreditation. They simply won’t let me in – no arguments, no discussions – unless I have both vaccine shots and a piece of paper to prove it.

I need to work to pay the bills. Don’t we all? Those of us without a trust fund or rich family or clever investments at any rate…

So, tomorrow I’ll roll up my sleeve and a nurse will stick a needle in my arm and push Mr. Pfizer’s potion into my bloodstream. My second dose. Well, it’s actually my first – I had Covid-19 earlier in the year and that ‘counts’ as shot number one. Then, in a couple of weeks I’m free (or more free than I was) to work and to travel and to play. Yippee!

Fair enough. I am not an anti-vaxxer anyway. Every argument I’ve heard not to get the jabs has been truly bovine. Yeah, there are conspiracy theories aplenty. We’ve all heard them, and they’re nonsense.

Bill Gates, for example, wants to get an implant into you to track your every step through life. Think about that one for half a second, though. Why the hell would a tech billionaire want access to every housewife from Wisconsin to Windermere’s every heartbeat and bowel movement? What for? To what end? To know when she went to the supermarket or the doughnut shop?

Aside from the basic fact that the technology doesn’t exist – yet – imagine the cost. And where the hell are they gonna store all that useless information? I don’t mean to burst the anti-vaxxers’ bubbles but, honestly, they’re simply not worth investing time in…

There is even an utter nutcase ‘vaccine activist’ and former nurse – don’t worry, she won’t be treating you anytime soon, she’s been struck off – called Kate Shemirani who publicly compared medical staff to Nazi war criminals and basically demands the names of doctors and nurses be gathered so they can be rounded up and, err… executed. Oh dear. And she’s not even American! Where’s she gonna get all the guns for the firing squads?

Plenty of people agree with varying versions of her absurd point of view, though – you know, the not-so-bright kids you went to school with and hardly knew or didn’t much like at the time but are somehow now your Facebook ‘friends’. They, too, think it’s all a big con. A global conspiracy! “I haven’t had Covid, I’m not dead from it… so, it cannot exist!” That line of thinking.

Well, then, go and ask a hospital nurse if it’s a worldwide scam. Before they’re all executed by Ms. Shemirani, that is. I know a fair few of these angels and they’re pretty much all exhausted. Knackered. It has been a tough 18 months or so for them. And do you really think a world government has made them lie and that all those hospital wards are actually… empty? They’re not paid enough to lie for the state, believe me. And these people are personal friends that I’ve known for years.

So, I don’t mean to be rude, but you must be a bit of a simpleton – just like the attention-seeking Ms. Shemirani – if you fall for her brand of mindless pap. I need to come up with some kind of a ‘cure’ I can sell to you and the crowds who actually listen to her dimwitted speeches, made from sawdust or something. I’ll be a billionaire in no time, and join Gates in the jet set…

Now a mate of mine – with a brain – doesn’t want to get his vaccines either, not due to these idiotic conspiracy theories but because he has concerns about blood clots and bad reactions and such like. Plus, it worries him that the vaccines haven’t gone through the rigorous testing of their predecessors. And he knows more people that have been a bit sick from the vaccines than from the actual disease itself.

It’s a very human trait to not believe something unless it happens directly to us or folk close to us.

Getting vaccinated is “Russian roulette with a syringe!” he says. Well, kind of, I guess. But instead of one bullet in a six-chambered pistol, it’s one bullet and the pistol has hundreds of thousands of chambers. Yup. Spin the barrel. I would humbly suggest the odds are heavily stacked in your favour.

The thing I hate, though – I must admit – is having literally no choice about all this. Not if I want to work and travel and play. I hate having no choice about ANYTHING. I would choose the jabs anyway but would feel way more comfortable if it was MY choice. It also worries me, just a little, how easily a scenario has unfolded where I will have to allow a foreign body into my bloodstream in order to function in the world as I wish.

But let’s face it: the other option is no option at all, not unless you’re very happy at home alone with Netflix and have no real desire to travel or even, for that matter, leave the house. Happy days are ahead for you on your sofa without a Covid-19 jab swimming through your ever-fattening body.

That’s because the only other real option to the jab is to accept a certain level of personal lockdown for at least a couple of years – in Germany, you might not even be able to go out for a meal without both vaccine doses. And in the UK, students won’t be able to study. They’ll have to do what they probably wanted to do all along, and dodge those boring lectures.

So then, tomorrow I will, out of necessity, roll up my sleeve with a big silly smile on my face. Spin that barrel and jab away, nursey, and I’ll be on my way – to work and to travel and to play.