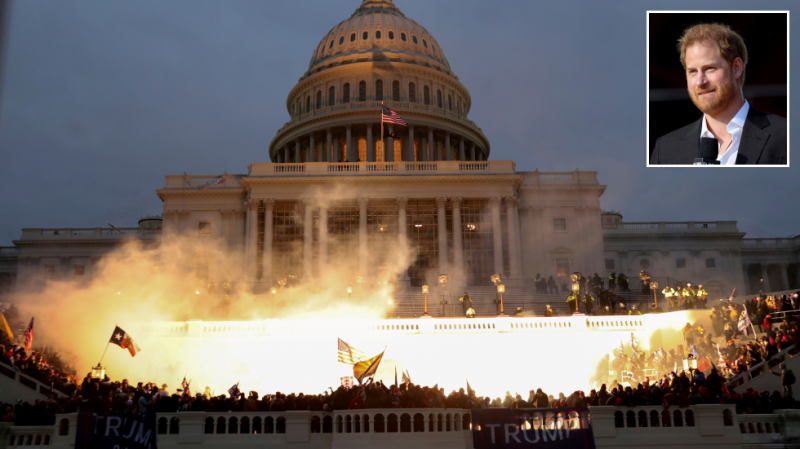 Speaking on a panel called the Internet Lie Machine, organised by Wired magazine, the British royal asserted that he saw the coup coming in the US.

Asked if he had ever spoken to the tech bosses, Prince Harry said he had been in discussion via email with Twitter chief Jack Dorsey prior to the Capitol riot.

“Jack and I were emailing each other prior to January 6, and I warned him that his platform was allowing a coup to be staged. That email was sent the day before and then it happened and I have heard nothing since,” the prince stated.

Harry claimed that Big Tech didn’t want to do anything to tackle misinformation online because in the end it impacts their bottom line.

An unruly mob of some thousands of supporters of former US President Donald Trump stormed the United States Capitol in Washington on January 6, contesting the results of the 2020 presidential election. Nearly 700 have been charged for their role in the riot, which has been described by political officials and the media as “domestic terrorism,” an “insurrection,” and an “attempted coup.”

Social media platforms have faced increased scrutiny in the wake of the riot, with many Democrats alleging the firms had failed to prevent the spread of information that allegedly contributed to the storming of the Capitol. FBI sources told Reuters in August that the agency had not seen much evidence of an organized plot to break into the edifice.

In October, Facebook whistleblower Frances Haugen claimed that algorithms on Mark Zuckerberg’s site were to blame and that the company had failed to police its own pages.