‘I realize I’m in the crosshairs of the woke mob’: NFL star Aaron Rodgers responds to ‘fake’ vaccine controversy (VIDEO) 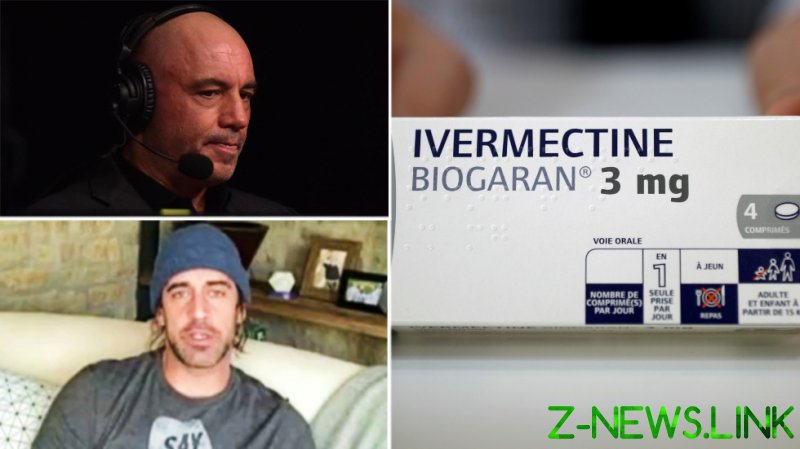 Reigning NFL MVP Rodgers, 37, was the source of a media frenzy this week when he was accused of lying about his vaccination status against Covid-19 after telling the media in August that he had been “immunized” against the virus.

That was despite it emerging this week that he was unvaccinated after contracting the illness, forcing him out of the Green Bay Packers’ crunch showdown with Patrick Mahomes and the Kansas City Chiefs this weekend.

Rodgers’ vaccination status comes amid strict rules within the NFL designed to compel players to receive one of the various vaccines, with harsh financial penalties imposed on players who fall foul of the league’s vaccine protocols.

It emerged that, despite Rodgers not having received a vaccine, he appeared without a face-mask at various press events – a situation strictly disallowed for unvaccinated players. By contrast, the Packers had made a host of their unvaccinated players available to the media only by teleconference.

Addressing the firestorm for the first time on former NFL player Pat McAfee’s radio show, Rodgers said that he was aware that he had enflamed tensions with the ‘woke’ mob and that he had become the darling ‘cancel culture’ brigade.

He outlined that he had sought alternative methods to protect himself from the potentially fatal virus – including following podcast host and UFC presenter Joe Rogan’s alternative theories by taking the controversial Ivermectin medication.

“I realize I’m in the crosshairs of the woke mob right now, so before my final nail gets put in my cancel culture casket I think I’d like to set the record straight on so many of the blatant lies that are out there about myself right now,” said Rodgers.

“I didn’t lie in the initial press conference. During that time there was a very…  a ‘witch hunt’ that was going on across the league where everybody in the media was so concerned about who was vaccinated and who wasn’t, and what that meant and who was being selfish and who would talk about it.

“[It was about] what they meant when they said it was a ‘personal decision’, [and that] they shouldn’t have to disclose their own medical information…

“And at the time, my plan was to say that I had been immunized. It wasn’t some sort of ruse or lie, it was the truth.

Rodgers, though, he says that his own personal health shouldn’t be subject to NFL mandates, and that his own research into the matter led to him arriving at his own conclusion.

“Health is not a one-size-fits-all for everybody, and for me it involved a lot of study in the offseason like the study I put into hosting [TV show] ‘Jeopardy’ or the study I put into the playing of the game,” the nine-time Pro Bowl player said, adding that he has an allergy to elements of the mRNA vaccines.

“On the CDC’s own website it says ‘should you have an allergy to any of these ingredients, you should not get one of the mRNA vaccines. So those two are out already.

“My only option was Johnson & Johnson. At this time, in the early Spring, I had heard of multiple people who had adverse events around getting the J&J. Nothing that was… no deaths or anything but just some really difficult times, physical abnormalities around the J&J shot.

“And then in mid-April the J&J shot got pulled for clotting issues, if you remember that. So that J&J shot was not even an option at that point.

In comments that will almost certainly enflame tensions even further, Rodgers admitted that since he was diagnosed with Covid this week, Rogan has been his chief medical advisor.

Rogers admitted that he has followed Rogan’s own medical strategy – up to and including the use of controversial drug Ivermectin, a substance either hailed as a medical miracle or denigrated as ‘horse de-wormer’ by others.

Rodgers said: “I’m 48 hours in and I consulted with a now good friend of mine, Joe Rogan, after he got Covid.

“I’ve been doing a lot of the stuff that he recommended in his podcasts and on the phone to me and I’m going to have the best immunity possible now, based on the 2.5 million-person study from Israel that people who get Covid and recover have the most robust immunity.