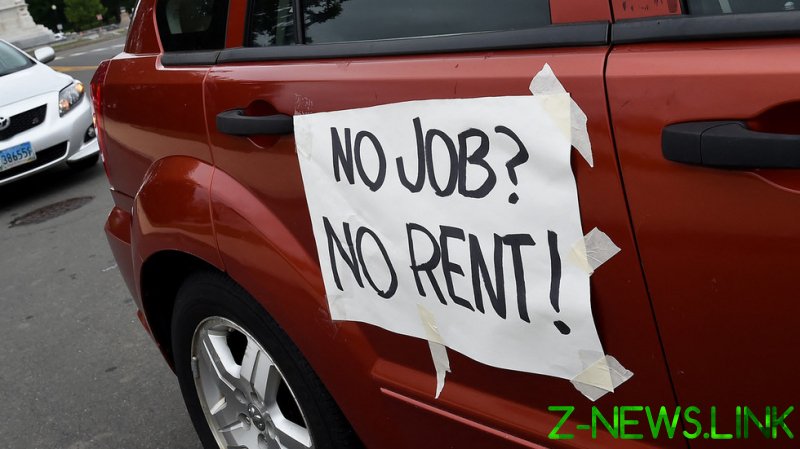 It’s always interesting when a government official or politician tries to spin something bad as something good. The terms ‘glass half full’ or ‘glass half empty’ make perfect sense, because they illustrate how a situation can be interpreted in different ways.

But if you try to make a glass that is one-eighth full seem like it’s half full then, frankly, more and more people will see that you’re full of it. Enter Joe Biden, President of the United States. His attempt to spin the most recent jobs report is a perfect example of this.

In April, the US economy created 266,000 jobs, taking the total since Biden entered the White House to more than 1.5 million. He said, “It’s the most jobs created in the first 100 days of any president on record, more than three times the solid job creation President Carter saw in his first 100 days and more than six times what President Reagan saw. And the three months before I got here, our country was creating roughly 60,000 jobs a month.”

Despite what Biden claimed, this is less than the 2.2 million that were created when he was vice-president during the Obama administration. It comes across as a bad spin on bad news.

Biden continued, “we’re going to make it clear that anyone collecting unemployment, who is offered a suitable job, must take the job or lose their unemployment benefits.”  Bold words, but such a claim is very difficult to enforce. Back in 2015, when I was out of work and on benefits for around six months, I received more than what I would get at most entry-level jobs. Food and bills were paid-for by Uncle Sam, and I had to force myself to look for work.

Never once did I feel that the government was something to be feared, because whenever I filed online paperwork, I was simply asked whether or not I was looking for a job. I was, and answered honestly, but it was a situation where someone could easily lie and no one would check up on it.

So Biden’s flexing of his muscles appears insincere, because there’s no way he’d really be able to enforce it properly without a massive expansion in government. And if that didn’t happen under Obama, I have no reason to think it will happen now.

The reality is that if the incentive to stay at home is greater than the incentive to go out and work, people will choose to stay home more often than not. There has to be something to cause people to want to look for work. If the government is providing a safety net, there’s no reason for anyone to take any risks when they can just sit tight and do nothing. From there, they can simply live off of the tax dollar while actual hard-working people pay for it.

I’m not sure Biden fully understands this, because he subsequently added, “I know there’s been a lot of discussion since Friday’s report that people are being paid to stay home, rather than go to work. Well, we don’t see much evidence of that. That is a major factor. We don’t see that, look, it’s easy to say, the line has been, because of the generous unemployment benefits, that it’s a major factor in labour shortages.”

If Biden really wants the economy to grow, he’s going to have to face some hard facts. Government by itself cannot jolt an economy with blunt force by throwing a bunch of money at it. Government has to get out of the way, and not attempt to be the solution. We need cut-offs for benefits, and Congress should pass laws that decrease the amount given to people under unemployment. You have to take away the safety net.

But given how Joe Biden’s answer for everything throughout his entire career has seemed to be just making the government bigger, I have zero doubt he will fail to come up with the necessary solution. The fact of the matter is that he was never the man for the job, and we’ll probably have to wait for someone else to come into office before this issue, like so many others, is tackled adequately.