Home / WORLD / ‘I never wanted to be a distraction’: Naomi Osaka stuns tennis by withdrawing from the French Open and apologizing for boycott row

‘I never wanted to be a distraction’: Naomi Osaka stuns tennis by withdrawing from the French Open and apologizing for boycott row 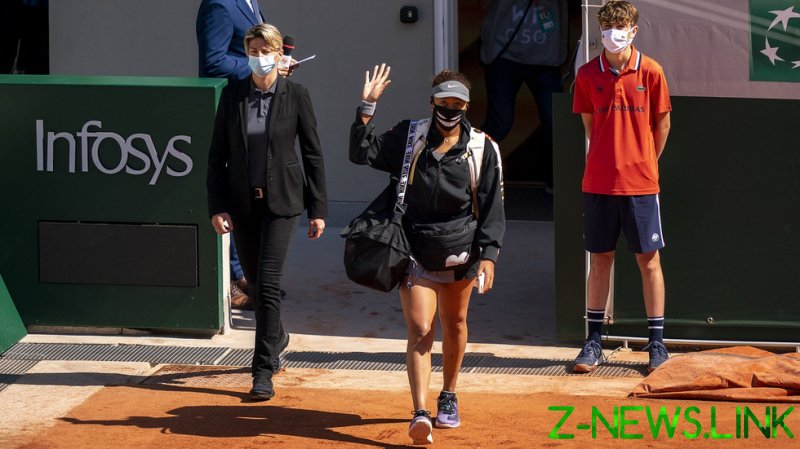 World number two Osaka had already caused shockwaves by announcing before the tournament that she would not be observing her media duties, carrying out her threat as she progressed to the second round before organizers of all four Grand Slams united to produce a long statement warning that she could be thrown out of the showpiece and future competitions while issuing a $15,000 fine.

The response from bosses caused uproar after they claimed they had tried unsuccessfully to enter a dialog with Osaka, leading to accusations that the 23-year-old had produced an act of attention-seeking symbolism in bad faith and was gaining an unfair advantage on her rivals while damaging the sport.

After another torrid day of rancorous headlines, Osaka has now declared that she is leaving Paris. “This isn’t a situation I ever imagined or intended when I posted a few days ago,” the second seed told her millions of social media followers.

“I think now the best thing for the tournament, the other players and my wellbeing is that I withdraw so that everyone can get back to focusing on the tennis going on in Paris.

“I never wanted to be a distraction and I accept that my timing was not ideal and my message could have been clearer.

“More importantly, I would never trivialize mental health or use the term lightly.

“The truth is that I have suffered long bouts of depression since the US Open in 2018 and I have had a really hard time coping with that.

“Anyone that knows me knows I’m introverted, and anyone that has seen me at the tournaments will notice that I’m often wearing headphones as that helps dull my social anxiety.

“Though the tennis press has always been kind to me – and I want to apologize especially to all the cool journalists who I may have hurt – I am not a natural public speaker and get huge waves of anxiety before I speak to the world’s media.”

Fellow stars including all-time greats Rafael Nadal and Novak Djokovic had given a mixed reaction to Osaka’s decision to shun speaking to the media, with many of her several players praising coverage for providing the sport with more exposure and raising their profiles.

In a deleted tweet from its official account, Roland Garros shared a photo of four players, including Nadal, alongside a message that they had “understood the assignment”.

“I get really nervous and find it stressful to always try to engage and give the best answers I can,” explained Osaka.

“Here in Paris, I was already feeling vulnerable and anxious, so I thought it was better to exercise self-care and skip the press conferences.

“I announced it pre-emptively because I do feel like the rules are quite outdated in parts and I wanted to highlight that.

“I’m going to take some time away from the court now, but when the time is right I really want to work with the tour to discuss ways we can make things better for the players, press and fans.

“Anyway, I hope you are all doing well and staying safe. Love you guys and I’ll see you when I see you.”

Osaka had been scheduled to face Ana Bogdan on Wednesday.