Home / WORLD / I might have voted for Trump if he had done anything to bring down the Deep State, but he’s supported it for four years!

I might have voted for Trump if he had done anything to bring down the Deep State, but he’s supported it for four years! 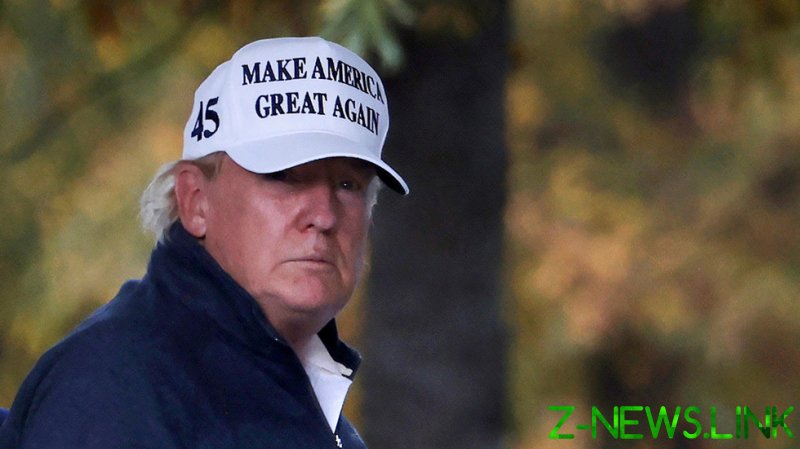 Back in September, 2016, before Trump became president, I wrote an article titled, “Trump: Trojan Horse for the Establishment or Mighty Mouth for Mankind?” in which I gave the following observations and warning:

“I crave the opportunity to see an anti-establishment candidate win the election….My desire to see the economy righted and the establishment overturned (peacefully), however, is exactly what makes me cautious about any gold-plated politician who has lived all of his life in the realm of the one percenters…. While I have never liked Trump, I’d put up with his relentless boasting and forgive his audacious past if it takes that kind of brassy, risk-taking adventurer … to stand up to the intimidations of congress…. Unfortunately, I have seen often in life that bellicose people are usually nowhere near as brave as they sound….”

Then I asked “Is Donald Trump a Trojan horse? Is he as hollow as his mouth is big?… Trump knows he can tap into a huge vault of anger; and, as a media mogul himself, he knows better than anyone how to play the media for free publicity by being outrageous…. From Trump’s choice of a 180-proof neocon vice-presidential candidate to an embedded Goldman-Sachs campaign financial manager to the Heritage Foundation’s dream team of budget advisors he assembled, Trump has selected people who wholly embody the establishment. Everything these people have ever done or said has been in support of the Wall Street one-percenters…. So, if you think Trump is any threat to the establishment, you may be riding a Trojan horse.”

The article went on to describe just how pro-establishment, pro-Wall Street, pro-war and pro-military-industrial-complex (MIC) Trump’s assembled team was based on their histories. So, here we are full circle – at what looks like the end of his time in office – and I ask has Trump really done anything to take down the deep state or the MIC that he personally put in charge of everything?

Given how Trump was persecuted by the FBI, CIA and others due to Hillary Clinton’s fake Steele Dossier, Trump should have declassified all relevant information four years ago. Instead, he chose not to lock up Hillary or anyone. Before he was even in office, after winning the election, he said on 60 Minutes Hillary had “suffered enough” because of her defeat and that “the Clintons are good people,” so he wouldn’t be going after them. Not until about two months before this year’s election did he uncover some of her corruption  and start down the path toward some vague form of prosecution.

One of many reasons I voted against him was that he did nothing during his four years in office to take the corrupt parties who had worked against him to court. After priming his supporters at every rally into chants of “Lock ’er up,” he chose to disappoint all of them by doing what every presidential winner seems to do as soon as he has secured victory: he chose not to prosecute anyone in the deep state. In fact, he immediately put the deep state characters in charge of everything.

He did not declassify any deep-state action of significance until this year, by which time he hoped the evidence would derail Biden. Trump waited too long for it to do him any good, and that says to me there might not even be much meat on that bone, or why wait so long to release so little? That was Trump’s choice. Many pleaded with him to declassify for years. He chose to do nothing but talk.

Trump had years to get on top of this, and he utterly failed because he didn’t dog it every day and didn’t publicly release information that would have implicated Clinton and Comey and Brannen and Clapper and others. He let the deep state get off Scott free by his choice. I chose not to vote for him because I got sick of his cheap talk.

Donald Trump chose to put Goldman Sachs in charge of all the financial departments of government, except for the one department he put Bear Stearns alum, and noted cocaine addict, Larry Kudlow in charge of. Trump CHOSE to put military deep-state stooges in charge of everything having anything to do with intelligence. Trump drained the entire swamp straight into the White House.

Seeing all of this, his supporters claimed (because they wanted to believe they finally had a champion and to believe their votes were well placed) that Trump was playing 4-D chess! Some 4-D chess! The game is over, and he’s clearly lost.

So, I’m more than glad to give him the boot. Trojan Trump was an abject failure at his biggest promise. The deep state remains entrenched, and Trump exposed almost nothing but his own back side. He didn’t end any of the MICs military endeavors. He repeatedly made the MIC’s top brass his many chiefs of staff. There was no 4-D chess here, people! There was two-dimensional stupidity. Trump got played or never intended to do anything he said.

All we got against the deep state was a lot of big talk. A lot of Trumpeting and conspiracy theories, but not a single step that yielded real results: No one went to prison. No one even went on trial. There is always just talk.

I voted him out because kicking him out of office was the only thing that might make him mad enough to get off of his fat rump and actually start bringing the deep state down!

With me, it became “No free ride. Do what you say, or hit the road.” I chose to hold his feet to the fire by giving him only two more months to make it real. Maybe he’ll finally get hot enough to start releasing the information he claims he has about the Deep State, but so far all he’s done is play golf and flap his big mouth. I want to see if he really does have the evidence.

He’s got two months left to come out with genuine evidence. If all he does is continue his usual amplification of conspiracy theories, I won’t listen to a word of it. Either bring out the evidence, create the subpoenas against deep-state players and file your allegations in court, or shut up.

While Trump is taunting his supporters with hopes of rallies to talk some more about all the cases of election fraud he is about to bring, one Republican commented: “No one seriously thinks the [election] results will change…. He went golfing this weekend. It’s not like he’s plotting how to prevent Joe Biden from taking power on Jan. 20. He’s tweeting about filing some lawsuits, those lawsuits will fail, then he’ll tweet some more about how the election was stolen, and then he’ll leave.”

Many of the elections Trump is contesting as fraudulent were run by Republican Secretaries of State or held in states with Republican governors, who all vouch for the election results, and most cases Trump has already tried to bring alleging election fraud have already been thrown out for lack of evidence. Even Fox News gets it.

Of course, it is never “show over” with Trump. He’s always got a sequel in store, so there is surely more drama ahead, but The White House Apprentice’s final season has come. I’m sure it will be a grand finale, but Trump is the one who assured its failure by making it all talk and no show.