‘I know this was terrible’: Deputy White House spokesman resigns after threatening to ‘destroy’ reporter 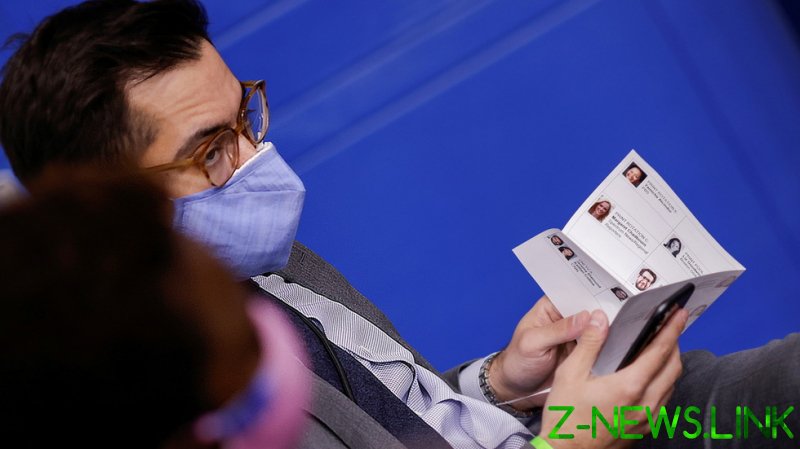 “No words can express my regret, my embarrassment, and my disgust for my behavior,” Ducklo wrote, as he announced his departure from the President Joe Biden administration on Saturday evening.

Ducklo reportedly called Palmeri, who was assigned the story, to dress her down and made “derogatory and misogynistic” comments in the process. According to Vanity Fair’s scoop, Ducklo accused Palmeri of being “jealous” of him dating McCammond.

At some point the White House reportedly acknowledged that Ducklo’s treatment of the Politico reporter was inappropriate, offering an apology. However, at the same time, the White House also allegedly went on the offensive, targeting the reporter for revealing the contents of the off-the-record call to her superiors.

Announcing his resignation, penitent Ducklo said he was “devastated to have embarrassed and disappointed” the White House communications staffers and Biden. “I used language that no woman should ever have to hear from anyone, especially in a situation where she was just trying to do her job,” he wrote, referring to his own words as “abhorrent, disrespectful, and unacceptable.”

“I know this was terrible,” he noted.

Commenting on the end of Ducklo’s short-lived White House career, Psaki said the administration officials have been “committed to striving every day to meet the standard set by the President in treating others with dignity and respect.”

In wake of Vanity Fair’s revelations about Ducklo, the Biden administration has faced accusations of failing to act on the incident for three weeks until the story made headlines in mid-February.

“Psaki was aware of the Palmeri harassment for 3 weeks and did nothing,” Fox News contributor Joe Concha observed.