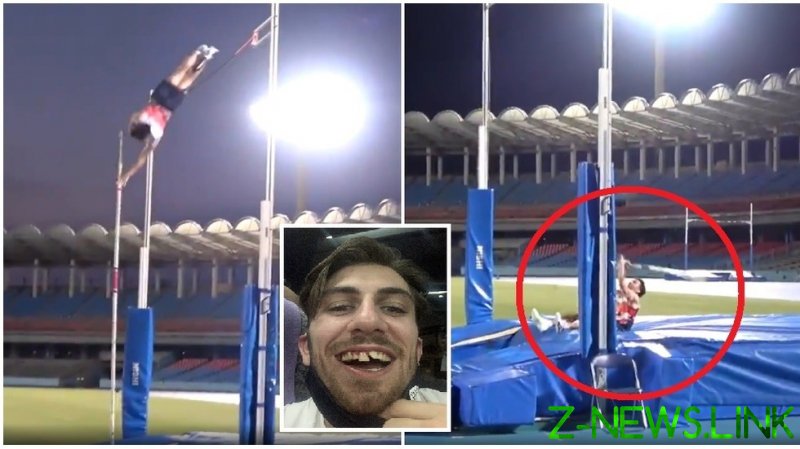 The 25-year-old is among the contenders to bring home a medal in the pole vault in this summer’s Games – and he will be hoping that he has exhausted all of his bad luck ahead of the start of the event after coming off worse for wear when the bar landed square on his face on Wednesday while in training.

Coppell documented the incident on social media, releasing a sequence of videos which show him successfully clearing the bar and landed on the cushioned pad below, only for the bar to come loose and fall towards him.

The athlete attempts to catch it but is unsuccessful as it slips through his fingers and smashes directly into his lower jaw, apparently forcing him to seek emergency dental work.

“Got some good vaulting done tonight at the Team GB holding camp,” wrote Coppell on Twitter.

“HOWEVER… The bar then fell on my face and messed up all my teeth,” he added, along with a ‘crying laughing’ emoji.

Coppell is among Team GB’s best hopes of taking home gold in this summer’s Olympic Games in the Japanese capital, and is a two-time British pole vault champion having won in both 2019 and 2020.

One suspects, though, that if he succeeds in realizing his dream of claiming a gold medal in the coming weeks his first stop when he gets home will be to an orthodontist to get a new set of pearly whites.

“Gonna have to get your gnashers done harry lad if you win gold,” said one commenter.

“Need a Hollywood smile not a marsh green one for the magazine covers.”