Home / policy / I hear the buckles cracking under the feet of the major?

I hear the buckles cracking under the feet of the major? 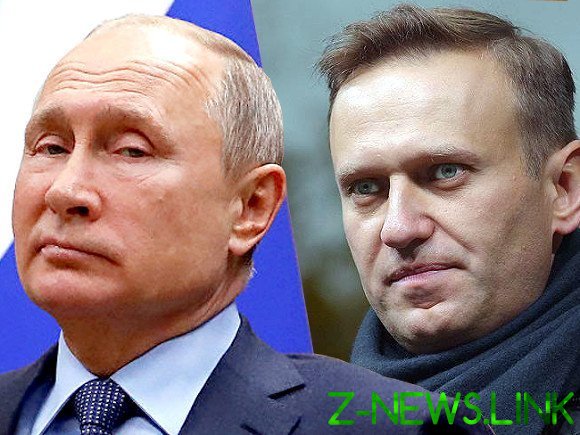 The stability of Putin’s Titanic collided with an iceberg pandemic, something snapped loudly and the power, not tired to intimidate, at the same time looking for a way to bribe us.

The Kremlin had no choice — the vote on the Constitution, which fell on April 22, now has to work on June 24.

Everything goes to the fact that for the future researchers of our gloomy times of Vladimir Putin’s speech may 11, 2020 will be no less important than that fateful day on March 10 of that year, when Valentina Tereshkova instructed to famous all over the world with the cosmic ideas of the introduction to Russia’s de facto life presidency.

In hot pursuit, while the majority of people meditated over the puzzle — days ended, and self-isolation in some places even enhanced — few pundits have realized that the main thing quite different. If during all previous television appearances, Putin has only played the event and its keynote was, “let’s see how that goes and decide what to do”, then clearly the time has come when a die was cast.

This, of course, about voting on the amendments to the Constitution. No one could have predicted that political reform, so famously launched on January 15, hangs tightly and in such an inopportune moment, and, among other troubles, the louder people will start to ask the question — what, in fact, the Constitution of the country lives and whether the Constitution we have now, anyway? So as soon as possible “close Gestalt” after finishing the story, the essence of which, how much smoke is not allowed, the nullification of presidential terms of Putin. And to celebrate the victory.

Now, a week later, these assumptions became certainty. That the vote on the amendments to the Constitution will be held on June 24, the same day as the Victory parade, told Alexey Venediktov, and Ksenia Sobchak, and the CEC as to the word, said that the electoral system “is ready” and awaits only a nod from the President.

This also sits well with the story of the distribution of children’s money. Like, nothing this decision did not Bode. The Kremlin pointedly put a tick in the column “support of citizens” taking the package of economic assistance for others. And this time, Alexei Navalny rushing a tank with its program “Five steps”, demanding unconditional direct financial assistance to everyone, including one of the points, kids. However, he calls the specific amount and indicates the source of the money — Fund of national well-being, emphasizing the fact that the wealth there accumulated with interest at all, and the name of this potbelly cries out that she just created on the current a rainy day.

It is clear that such an idea, the first who about it, no scream, there will be many supporters. Money at the best of times few people refused, but now that says, “expensive egg to the day of Christ”. However, the name of the person who would get political points from this requirement is totally unacceptable for the Kremlin. So to extinguish this impulse were thrown all available forces from pompous head of Sberbank German Gref to set aside in January from the post of first Deputy Prime Minister, but not released from the chair of the Minister of Finance Anton Siluanov.

They excitedly began to tell me that “helicopter money” this is terrible, wrong, very harmful. No no no, not in Russia! You can imagine the internal anguish they have complied with this order. Task, I must say, that even is to explain to people that the money they don’t need, especially when they are not enough. Argument: “because you will spend”. Isn’t that weird?

And suddenly, boom, the Kremlin actually fulfills one of the requirements of “the who must not be named”. Adjusted to 10 thousand rubles are given to children not from 0 to 18 years, which seeks Bulk, and from 3 to 16 years, that really does not look like plagiarism. Those of gospropagandistov who have a flair witty, even worried. What’s the buzz and crackle like that, water is poured into our super, smashing bulkheads?

Yes, it is true. We live with Putin for two decades, and to be honest, had time to study not worse than the us. When the leader suddenly something gives us, that it means something very necessary. And the more you have, the ruddy show the carrot (although about carrots no one forgets — see another vivisection of the electoral legislation committed by the state Duma). Recall, a one-time payment to the elderly on five thousand rubles, and then burst pension reform. “Zeroing” out, two times steeper.

But the question is, and whether it will turn out conceived with the Constitution? Not even important, 24 June or any other time. After all, if failed once, may fail in another, down and out the trouble started. It seems, for all his feigned arrogance, seriously afraid that the Kremlin (at least, those who remained there, because, according to rumors, “behind the teeth” hurts not only the Sands).

On such shaky ground as it is now, it is best to have our government turn things are infinite (and in principle do not involve a clearly marked final), like “the implementation of national projects” or the war in Syria. And here it is necessary to provide a clear result within a certain time. So what really remains nothing how to rush to collapse the quarantine and to hold this vote finally. And there is at least the second wave of coronavirus, although the snow in July. So, it seems, I think now the “top”.

Money people, of course, I will. But who can guarantee that is enough to have a Putin return the favor by putting in the Bulletin need a check, they, entering into the taste, will not require him to do something else?