Home / WORLD / I get the ‘white saviour’ thing in ‘To Kill a Mockingbird’. But that doesn’t mean it should be killed off and not read by children

I get the ‘white saviour’ thing in ‘To Kill a Mockingbird’. But that doesn’t mean it should be killed off and not read by children 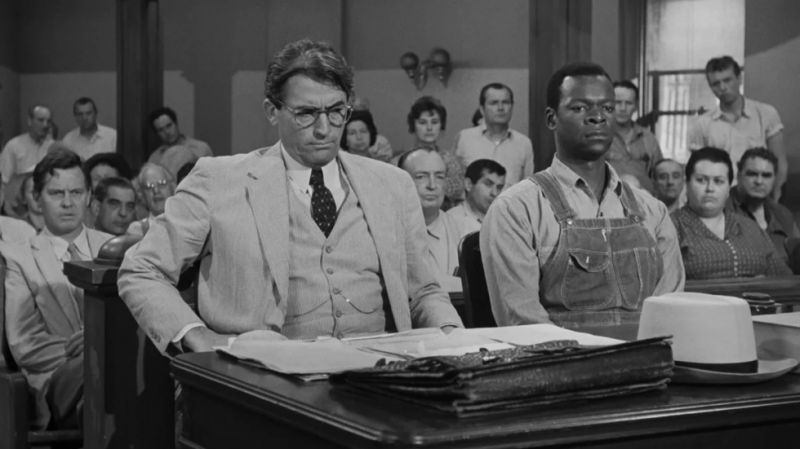 It’s only the most inspirational book of all time – a Pulitzer Prize winner that was originally banned for its raw depiction of racism and sexual violence. But now one school in Scotland has banned ‘To Kill A Mockingbird’ for another reason: because it plays into a “white-saviour narrative”.

When I say banned, I mean more like cancelled – the James Gillespie’s High School in Edinburgh has stopped teaching it to pupils as part of an effort to “decolonise the curriculum”. And John Steinbeck’s ‘Of Mice and Men’ is being cut, too, for its frequent use of the N-word and its racial stereotypes.

OK, I get the “white saviour” thing in ‘To Kill a Mockingbird’, I really do. In fact, it’s a great topic for discussion in, say… an English lesson?

I also get that just 1% of English literature students at GCSE (that’s the exam that British kids take at the age of 16) read a prescribed book by a writer of colour. And just 7% read a book by a woman! That’s abysmal.

By the way, that research is kindly provided to us by Penguin Books UK, which could take a leaf out of its own marketing and publish how many of its editors are non-white – or female, for that matter.

I’m not going to argue that stale reading lists couldn’t use a refresh. Let’s introduce more non-white writers, to join those such as Benjamin Zephaniah and Malorie Blackman. Non-white kids, who make up around 34% of pupils, ought to see themselves and their experiences reflected in the canon. But why must “decolonising the curriculum” kill off ‘To Kill a Mockingbird’? Because cancelling something that’s now deemed “problematic”, feels even more problematic.

New research by US pollster and pundit Frank Luntz has found that more than half of people under 30 have stopped talking to someone – actually called a halt to a relationship with another person – because they disagreed with their political views.

Throwing out a classic because it doesn’t conform to modern standards seems to be an action of a similar ilk. As do trigger warnings, which have become commonplace ahead of university lectures and mainstream movies. And young people working for Penguin Random House Canada crying when it published Jordan Peterson’s new self-help manual. Or staff at Hachette refusing to work on JK Rowling’s latest book because of her nuanced views on trans rights.

That’s contemporary stuff, though, and not as burned into the public consciousness as, say, a classic such as ‘To Kill a Mockingbird’. The decision to remove it from the reading list – albeit by just one school so far – is making a lot of people angry.

The literary canon is fluid and there are myriad books that were considered classics that didn’t age well and have since faded into obscurity. Should ‘To Kill A Mockingbird’ be one of them? Let’s discuss it. In the classroom.