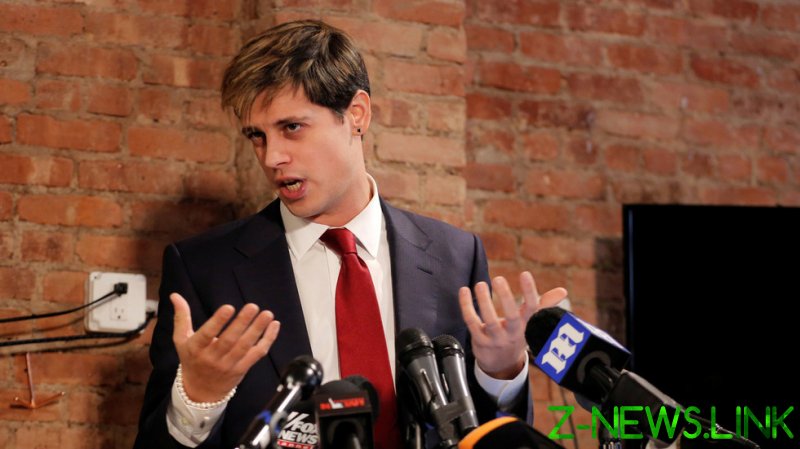 “Biden will be President, because American voters sat back and did nothing while third world tier election theft happened right under their noses,” Yiannopoulos wrote on Parler on Friday night in reaction to the Supreme Court shooting down a challenge by Texas and multiple other states seeking to prevent swing states’ electors from affecting the election.

“Don’t blame Trump. Don’t blame the Supreme Court. Blame yourselves, America. You did this. And now you’re getting the government you deserve,” the ‘Dangerous’ author added.

Multiple other more extreme messages were screencapped and gathered together on Twitter where Yiannopolous began trending and earning pushback for his declarations, as well as some surprising liberal support thanks to a promise to “burn the Republican Party to the f**king ground.” He also appears to have flipped his position on the president, calling him a “selfish clown.”

“Milo and I have a common life goal. Who knew?” Rachel Vindman, wife of Alexander Vindman who testified during Trump’s congressional impeachment hearings, tweeted in reaction.

“I’ve noticed that a not insignificant number of highly visible right wing pundits who say s**t like ‘BURN DOWN THE PARTY’ and ‘THIS IS THE END OF THE REPUBLIC’ are not American,” Tablet Magazine associate editor Noam Blum wrote of Yiannopoulos.

He later followed up criticism of the Republican Party by promising to dedicate the rest of his life to its “destruction.”

“I will have vengeance,” he wrote.

Yiannopoulos, who is known for making extreme statements to garner reactions, also appeared to endorse US states seceding, claiming secession and war are the only options left, but “secession is preferable.”

Though his options appear minimal at this point with the Electoral College set to vote and certify Joe Biden’s victory on December 14, Trump has continued to allege voter fraud in multiple swing states and to continue fighting as he believes he won the election “in a landslide.”