Home / WORLD / ‘I feel better than I did 20 years ago’: Trump announces he’s ready to leave the hospital Monday evening

‘I feel better than I did 20 years ago’: Trump announces he’s ready to leave the hospital Monday evening 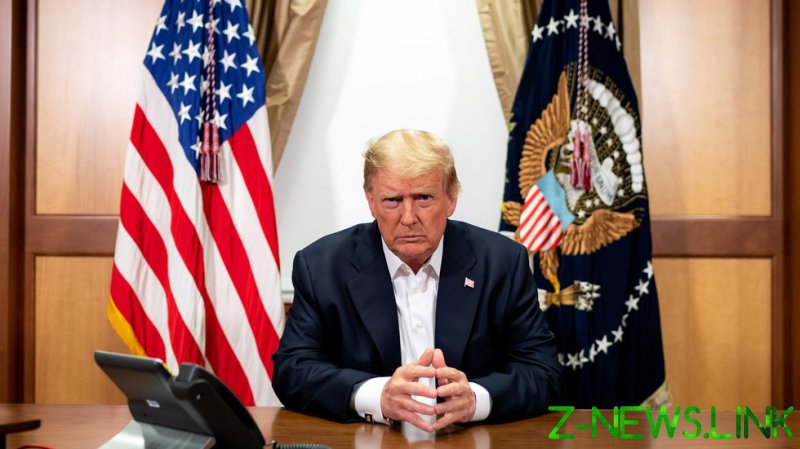 “Feeling really good!” Trump tweeted on Monday afternoon, shortly before a press conference by doctors was scheduled to brief the press on his condition, and giving the exact time he would be departing.

“Don’t be afraid of Covid. Don’t let it dominate your life,” Trump added, praising the “really great drugs and knowledge” developed under his administration.

Trump and his wife Melania tested positive for the virus late last Thursday, and were quarantined at the White House. The president took a helicopter to the Bethesda, Maryland hospital on Friday as speculation about his condition mounted. Once there, the White House released photos and video of him working and in good spirits.

On Sunday, the president left the hospital briefly to drive through a throng of supporters that gathered outside, waving at them from the back of an armored SUV while wearing a mask.

Doctors have so far disclosed that Trump has been treated with an experimental antibody cocktail, supplements that included vitamin D and zinc, as well as the anti-inflammation steroid dexamethasone.

In addition to the president and the first lady, three Republican senators and several staff – including campaign manager Bill Stepien and White House Press Secretary Kayleigh McEnany – have tested positive for the coronavirus.