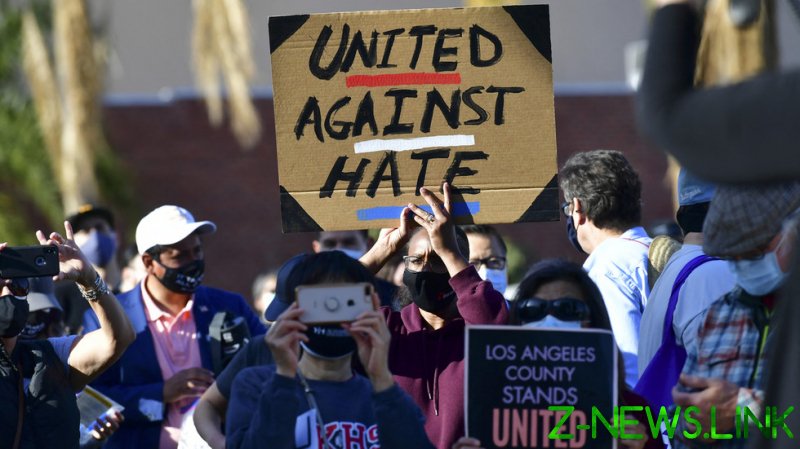 A trip to Washington, DC would not be complete without a visit to the National Archives Rotunda, a grandiose building on Pennsylvania Avenue where the Constitution, Declaration of Independence, and the Bill of Rights – the fundamental documents on America’s founding – are on public display behind bulletproof glass.

The security measures, however, have done nothing to protect the prized papers, or even the ornate building that houses them, from the toxic political climate that has come to pervade every corner of the nation. That much was made clear in a just-discovered report by the Archivist’s Task Force on Racism, which went to extreme lengths to show how “the structural nature of racism… unequivocally impacts how NARA (National Archives and Records Administration) staff interact with records, colleagues, and customers.”

It should come as no surprise that if the government spends wads of cash to create a commission designed to find something, it’s pretty much guaranteed that that ‘something’ will be found. Indeed, if an agency were formally ordained to find evidence of elves, for example, sightings of those fairytale creatures would begin appearing everywhere.

And thus it is with the phantom of racism. Instead of green men, however, the United States has become oddly obsessed with white men, particularly those founding fathers who, armed with quill and parchment, inked the United States of America into existence. And therein lies the quandary, at least for an increasingly disgruntled segment of the population that has a historical beef with the pale face tribe.

Upon entering the Rotunda, the ‘problem’ is immediately apparent inside of the vaulted room that “lauds wealthy White men in the nation’s founding while marginalizing BIPOC (Black, Indigenous, Peoples of Color), women, and other communities.” The report, sensitive to the horrible shock that first-time patrons may experience upon coming face-to-face with the painful whiteness of the place, suggests that staff provide “communications prior to [visitor’s] arrival so they are at least aware of the potentially triggering circumstances.”

Now, to put this as politely as possible, a person would have to be an uneducated dolt, nay, an imbecile, not to know that an assembly of now dead white men were, once upon a time, responsible for drafting America’s foremost documents, and that, just maybe, the walls celebrating that may bear some testimony to their pale countenances.

Thankfully, the National Archives has some genius ideas for balancing out the glaring lack of melanin inside of the Classical Revivalist structure, designed by yet another insufferably white American, the late architect John Russell Pope, may he rest in peace.

Aside from “the creation of safe spaces in every NARA facility,” (which I imagine, probably incorrectly, as escape modules where video recordings of Black Lives Matter protests are presented in Dolby Surround Sound to soothe the nerves of the frazzled guests), the Rotunda might also, the 105-page report continues, put on “stage dance or performance art in the space that invites dialogue about the ways that the United States has mythologized the founding era.” Finally, empty niches inside of the Rotunda that currently lack sculptures could provide “safe harbor” for artistic depictions of people from the BIPOC and women communities. (No one from the transgender community? Gulp.)

At first glance, there is nothing inherently wrong with those suggestions. Why not feature Native Americans, black people, women, and other minorities alongside dead white men inside of the National Archives? After all, America is, for better or for worse – although ‘worse’ seems to clearly be winning – a fiercely multicultural place. And although white males were largely responsible for drafting those famed Charters of Freedom, many other people from a multitude of diverse backgrounds were also involved in what is considered to be the largest experiment in democratic living ever conceived.

Unfortunately, however, the story does not end there. The ‘rehabilitators’ who are currently demanding change, and possess the political power to see it through, want more than just minority representation. These extremists want nothing less than the eradication from the historical record of any hint of white involvement in the creation of the United States. And not even the National Archives is an impartial observer to the political imbroglio now consuming the nation.

Listen to how the Archives’ report provides an effusive apology for the wave of ‘Cultural Marxism’ now crashing its way across the country, invading every classroom: “The United States is currently reckoning with its past in unprecedented ways,” it reads. “The Black Lives Matter Movement has heightened interest in the history of systemic racism and fueled calls to remove or recontextualize monuments. Recent publications on the history of inequality have found large audiences. The New York Times 1619 Project, which proposes an alternative founding date and explores the lasting effects of slavery, has been the subject of nationwide interest and debate… Centuries-old Confederate monuments have been removed, and streets and institutions have been renamed.”

At the time of this writing, in fact, the Democrat-controlled House voted to remove all Confederate statues from Congress – despite strong opposition from 120 Republicans.

Speaking on that decision, GOP Congresswoman Marjorie Taylor Greene reminded the gallery that “tyrants throughout history tear down statues and attempt to erase history in order to reign with an iron fist.”

Incidentally, despite the extremely cynical perception many Americans have of the political system in Russia, statues to Lenin and other Soviet leaders are still visible across the country, memorials to a now-vanquished era. Yet few Russians are under any illusions as to what sort of politico-economic structure they are living with, nor are their serious calls for those historical statues to be removed from the public square.

Representative Matt Rosendale, meanwhile, called out the Democrats for their breathtaking hypocrisy, coming as it does at a time when they are promoting their own ugly brand of racism.

“Unfortunately, Democrats, animated by the Critical Race Theory concepts of structural racism, micro-aggressions, and a United States based solely on white supremacy, have chosen to remove statues that underscore the failures of our pre-1861 Constitution.

“Make no mistake,” he warned, “those who won the West and George Washington are next.”

Rosendale was referencing the egregious new trend in America where it has become acceptable, even fashionable, to speak openly about white people in the most hateful ways. More than one academic has built their career on dissecting ‘whiteness’ as though it were the worst imaginable malady.

This calling out people by race while generalizing their ‘racist’ behavior as a result of their DNA, as Critical Race Theory does, harks back to the repugnant racial theories promulgated by the Nazis against the ‘inferior’ Jews and Gypsies. Nobody needs reminding of how that wonderful bit of wrong thought ended.

What makes this scenario all the more disturbing is that the idea of ‘systemic racism’ has never been the subject of serious debate in the US. Following the tragic killing of George Floyd by a white police officer, it was taken for granted that all whites were closet ‘supremacists’, and never mind that white people are also being indiscriminately killed by cops, just like black people and Latinos, and impoverished by a take-no-prisoner capitalist system.

The deranged idea that white people in the United States are somehow born privileged, which allows them to breeze through life thanks to their whiteness, has been uncritically promoted by the mainstream media, and endorsed by major corporations. At the same time, members of social justice movements like Black Lives Matter and Antifa have taken to intimidating whites on the street. The situation has become so insane that Olympic athletes are turning their backs during the national anthem.

America has entered treacherous territory that has a cul-de-sac but no escape ramp. In other words, the unreasonable attacks on white people – who, unless we forget, have helped spearhead the civil rights movements of our times, while spilling untold amounts of blood in the Civil War – promise to become cyclical and spiral out of control. Where such a storm will take the country at that point is anybody’s guess, but there is no shortage of monuments to past atrocities scattered across Eastern Europe that may provide some pertinent clues.