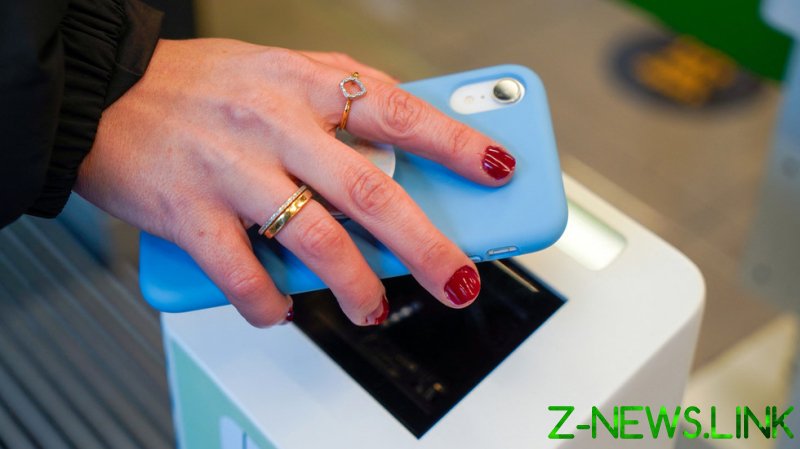 The European Union’s executive commission has just announced the introduction of a pan-EU digital identification that citizens of member states can use across the entire bloc that will store important identification and official documents, like a driver’s license, prescriptions, diplomas, and presumably Covid-19 test and vaccination certificates. It will also be linked to an e-wallet, which large online platforms will be required to accept.

It’s easy enough to imagine how this can get out of hand. At first, it’s a soft sell, and we’re told that there’s no pressure to participate in what is essentially a government-created digital dragnet. But then the noose tightens as people start to realize how inconvenient life can quickly become if you aren’t connected to the Matrix. We’ve seen the same phenomenon recently with vaccinations – which are still technically optional, but to which many are now simply succumbing if only to avoid the hassles and hoop-jumping that risk becoming the norm for those who aren’t vaccinated and want to travel and live like they did pre-Covid.

Is there any doubt that governments – including supranational ones like the EU – have no interest in simply allowing people to get back to their normal lives? They’re treating the crisis like an opportunity to foist onto citizens whatever weird dystopian fever dreams have been lurking in the back of their warped minds.

Sure, it’s entirely possible that the EU wants to just make our lives easier by creating their own platform that allows us to upload everything related to our identity, along with our money, which can then feasibly be cross-referenced with many of our daily activities as we merrily scan our way through life. But you’d have to be pretty naïve to believe that they’d bother doing anything that didn’t have some kind of major payback for them.

It’s hard not to think of the similarities with China’s social credit system, first introduced in 2014 and consisting of a similar digital ID and e-wallet, that has evolved to control and deny access to everything from travel, high-speed internet and university access for individuals based on “violations” like playing too many video games, making posts that the government doesn’t like on social media, wasting money on things that the government considers junk, or generally not behaving in a government-approved way in your daily life.

What makes anyone think that this kind of digital panopticon isn’t lurking at the end of the EU’s slippery slope – particularly when this is exactly how the phenomenon started in China? Just consider how much freedom that many governments were able to suppress with nearly zero popular resistance or even critical thought as a result of playing on people’s fear.

Ever since governments’ initial “two weeks to flatten the curve”, they’ve been able to convince some people to stay at home for months, avoid normal socialization, wear mask-muzzles outdoors and rub hydroalcoholic gel on their hands until they’re raw, rush home en masse for curfews that start before the workday even ends, close shops and fitness facilities, and rush to get vaccinated against a virus with an infinitesimal mortality rate – and then cry from relief about it like brainwashed members of a fear-porn cult.

This is going to go one of two ways now. Young people who risked virtually nothing health-wise and everything related to their future, have just witnessed a period of intense government intervention akin to a state-run wartime operation – including the psychological operations. And just as with war, people have chosen their side and aren’t likely to budge. There are those who have become increasingly dependent on government to think for them, to save them, to protect them, and to dictate every facet of their lives under the pretext of being the all-knowing gurus whose advice absolutely must be followed. And anyone who doesn’t is a narcissistic dirtbag who doesn’t care about his fellow man.

On the other side of the spectrum are those who think the people described above are virtue-signaling, brainless sheep who are stupid enough to actually believe government officials and their so-called expert advisors who have said everything and its opposite since the start of the pandemic. They’re skeptical about the value of restrictions and reject the lack of proportionality of the extreme liberticidal measures being taken. And now they see some governments attempting to introduce long-term tracking and tracing measures that could long outlive the pandemic and take on a life of their own.

Each of these two factions of people – let’s call them the Government Loyalists and the Resisters – are going to represent an increasing number of citizens in countries where the Covid crisis and its legacy drags on. They’re going to clash everywhere from the workplace to the public square, as each grows more intolerant of the other. And until everyone unites in demanding that everything return to pre-pandemic normal by turning their focus to governments set on exploiting this crisis, expect the radicalization on both sides to continue.