Home / WORLD / I empathize with Simone Biles’ decision to withdraw from the Olympics, but are we going too far with the mental-health movement?

I empathize with Simone Biles’ decision to withdraw from the Olympics, but are we going too far with the mental-health movement? 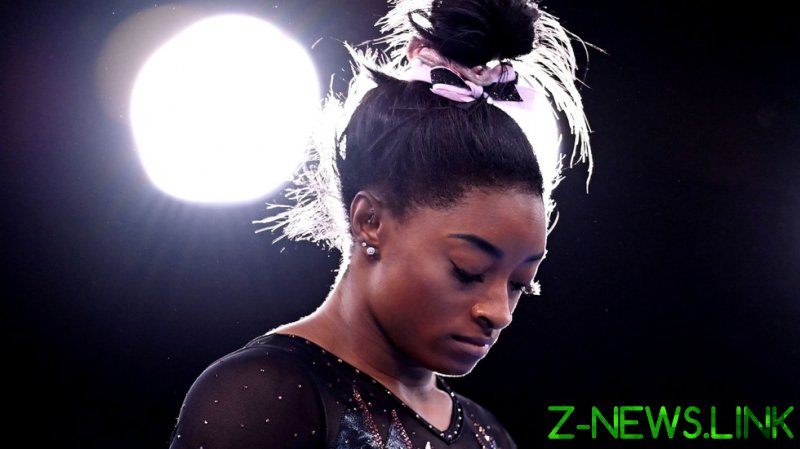 This week, the news has been dominated by US Olympic champion Simone Biles withdrawing from Thursday’s all-around competition at the Tokyo Games to focus on her mental health.

“After further medical evaluation, Simone Biles has withdrawn from the final individual all-around competition,” the USA Gymnastics team tweeted on Wednesday. “We wholeheartedly support Simone’s decision and applaud her bravery in prioritizing her well-being. Her courage shows, yet again, why she is a role model for so many.”

Online, praise for Biles has been pouring in, with many applauding the strength and courage it takes to prioritize mental health over success.

I don’t know Biles or the state of her mental health, so it’s really not my place to pass any judgment on her. I can only begin to imagine how much pressure she must be under and how overwhelming it must be to compete in the Olympics. I also write a lot about the importance of mental health and sincerely believe in prioritizing it. What’s the point of winning an Olympic medal if it’s going to make you live in a state of mental anguish? You only have one life, and everyone deserves to live it with as much joy and peace of mind as possible.

But the controversy surrounding her withdrawal has made me further ponder something that I often think about lately: are we taking the whole mental health thing a little too far?

I’ll use myself as an example. I’m a very anxious person by nature. These days, I spend the first six hours of my day doing yoga and taking long walks in the interest of managing my mental health. Generally speaking, I think this is a good thing, and my therapist seems to agree.

But sometimes I question it. When I was younger, I used to just muscle through it. I’d force –and I mean force– myself to sit down at my laptop and confront the abject terror of the blank page. The first fifteen minutes of trying to write were grueling. I was intensely aware of the fact that I was forcing my mind and body to do something they were actively revolting against. But, once I settled into it, an interesting thing happened: I also settled down. Overall, it probably meant that my days were a lot more productive and perhaps even more stress-free.

This mentality is extremely unpopular these days, especially within my mostly liberal millennial friendship group. You’re supposed to “listen to your body,” “be kind to yourself,” and “not push yourself too hard.” That’s all well and good, but is there a line? Because it often doesn’t really seem like it.

My former boss used to complain that, while he wants all of his employees to be happy and healthy, he really can’t have the entire staff taking several mental health days per month. I kind of sympathize with that, especially since taking the day off because you’re stressed out just means your workload falls upon someone else, which is not really conducive to a healthy work environment in my experience.

When I was a kid, I was scared of riding in elevators. I’d climb 20 flights of stairs just to avoid them. Eventually, my exasperated father just shoved me into one. I felt a wave of unbearable panic come over me as the doors closed, a wave that rose as I squeezed my eyes shut and dug my fingers into his arm, but one that gradually subsided. Nowadays, this would probably be considered child abuse, but guess what? I wasn’t afraid of elevators anymore after that, because the way to cure anxiety is to do the thing that you’re afraid of and realize you’ll come out on the other end just fine.

My parents are Soviet-era Russians, so they’re really into the whole “suffering is good for you because it makes you strong” theory. I’m not a big fan of that and generally think unnecessary suffering should be avoided because it comes with mental health repercussions. But, sometimes, today’s culture seems to go a little too hard in the other direction.

It’s like we’ve all lost all respect for strength. My peers seem to largely associate it with dominating others and trying to gain power. That feels strange to me, because when I think of strength, I think of patience and willpower. I think of the strength that it takes to overcome your deepest fears and urges, to put on some pants and go to the gym when all you want to do is lie in bed and drink wine instead. It’s incredibly hard sometimes, but you do it because you know that’s what will make you happier at the end of the day, and because you know your actions affect others.

This kind of strength really comes in handy in life, whether it’s with something as small as resisting the urge to call your ex-boyfriend, to something as serious as overcoming substance abuse.

This kind of strength is hard-won and it takes an enormous amount of consistent effort to attain it. But, without it, I really don’t think anyone can be their best selves or live their best lives, and that’s what everyone deserves.