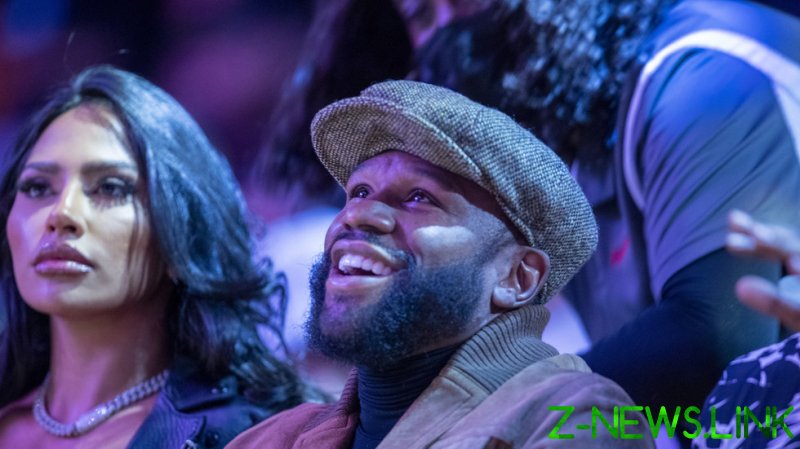 The undefeated boxing legend, who took on YouTube star Logan Paul in an exhibition match earlier this year, remains one of the world’s biggest sports stars despite retiring from professional boxing following his defeat of UFC fighter Conor McGregor in 2017.

But that perception may have changed, at least for one teenage fan, after he approached the boxer for a selfie during Saturday’s NBA fixture between the Clippers and the Grizzlies at the Staples Center in Los Angeles.

“You got painted nails, I don’t take pictures with guys with no painted nails,” Mayweather can be heard saying in the video clip as the teenager was aggressively pushed away by a host of his entourage and bodyguards.

The fan in question was noticeably upset by the encounter, saying: “Floyd doesn’t want to take a picture with me because my nails are painted. Bruh, really?!“

According to TMZ, Mayweather had little issue in taking photographs with several other fight fans – but drew the line with this fan due to his manicure choices.

The young man, though, might well have gotten off a bit easier than another fan who asked for a photo with Mayweather in 2019 – after he later reported that he had allegedly been assaulted by Mayweather’s security staff.

Mayweather, who is 44, might just be a little bit out touch with 2021 fashion trends as painted nails have been noted on a wide array of rappers and musical stars such as Post Malone, A$AP Rocky, Yungblud and even Harry Styles.

The other element notable from the brief video clip is that Mayweather was seen inside the Staples Center without wearing a protective facemask – something which comes in direct contrast to the recently announced health and safety protocols governing the arena, where anyone inside the arena above the age of two must cover their mouths and noses.