Home / WORLD / ‘I don’t like saying it, but something will replace the US dollar’: Investor Jim Rogers says century of USD reign is ending

‘I don’t like saying it, but something will replace the US dollar’: Investor Jim Rogers says century of USD reign is ending 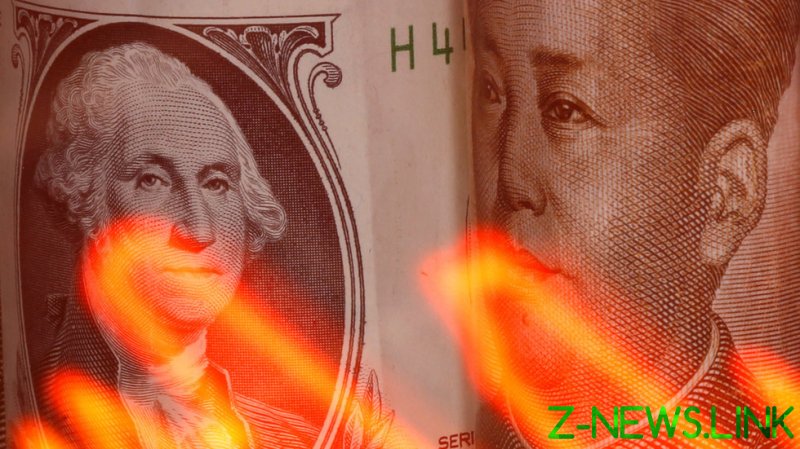 With a national debt of over $26.5 trillion, “the US is now the largest debtor nation in the history of the world, and it’s getting higher and higher every day,” Rogers said, adding that it’s going to take a toll on the country’s currency.

“Traditionally, the US dollar has been the soundest currency in the world. But tradition changes,” he pointed out, referencing the fate of the British pound and Dutch guilder, which, in previous centuries, were considered the most reliable currencies.

I’m an American, so I don’t really like saying it, but I’m afraid the US dollar is coming to its century or so of dominance, and something else will replace it.

The dollar may still show strength next year, after the current turmoil in America caused by the Black Lives Matter protests and the election is over, “but that will probably be its last shot,” Rogers said.

The experienced investor’s comments come in the wake of a report in the Chinese state-run newspaper the Global Times, in which top local experts said that Beijing will likely reduce its US debt holdings by 20 percent – from $1 trillion to $800 billion – amid the current tensions with Washington. China might even go as far as to “sell all of its US bonds in an extreme case like a military conflict,” it warned.

If Beijing really decides to drop a fifth of its American debt holdings, “it’s going to put pressure on interest rates in the US,” Rogers believes.

“Interest rates in the US should be going up,” so, from China’s point of view, “it’s a smart economic and investment move, as well as whatever they’re doing politically,” said the investor, who co-founded the Quantum Fund and Soros Fund Management.

It will also help Chinese authorities to strengthen the yuan. “If they sell US debt, they sell dollars, therefore their currency goes higher,” which has already been happening for several weeks, Rogers pointed out.

Like some other nations, China may be willing to get rid of its US debt holdings because of the current turbulence in America and the tough foreign policies of the Trump administration.

If Washington gets angry at you, it puts sanctions on you. That hurts everybody. So, the Chinese, the Russians, the Indians, the Brazilians, and other countries are starting to look for an alternative competing currency to the US dollar.

The plans that are likely underway in Beijing, the world’s second-largest American debt holder, “are not good for the US,” but chances are that Washington won’t take this threat seriously enough, in Rogers’ view.

“You know, Trump thinks he’s smarter than everybody in the world, so they’ll probably do whatever they want to do and think, ‘Don’t worry – we’re Washington and we can take care of it.”

According to a new forecast by Morgan Stanley, Beijing’s push for greater use of the yuan internationally may make it the world’s third-largest reserve currency within a decade, reaching five to 10 percent of reserve assets by 2030.