Home / WORLD / ‘I don’t give a f*ck’: $100mn Havertz shrugs off price as Chelsea beat Manchester City to give Abramovich Champions League again

‘I don’t give a f*ck’: $100mn Havertz shrugs off price as Chelsea beat Manchester City to give Abramovich Champions League again 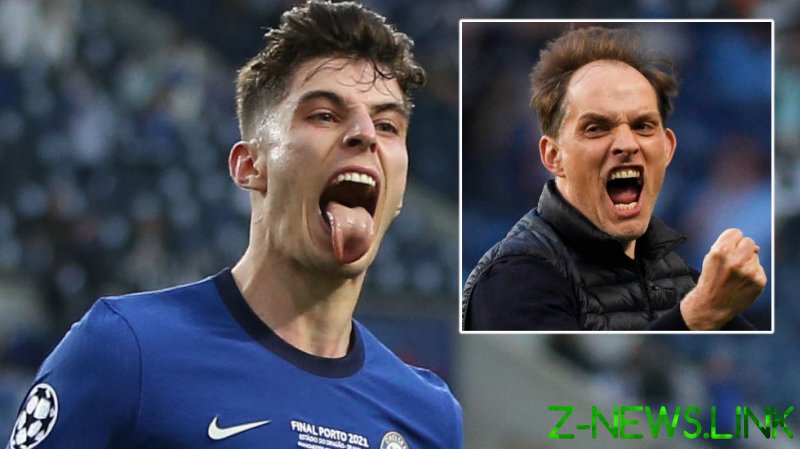 A campaign that began with the club’s stadium turned over to UK health workers, took place almost entirely without crowds and shifted from high hopes to fears of abject failure ended with the Champions League trophy in Thomas Tuchel’s hands in Porto – a victory, manager and even venue that no-one would have expected just four months ago.

Chelsea, as they so often have been since Tuchel surprisingly succeeded axed club legend Frank Lampard at the end of January, looked tactically formidable at the setting hastily arranged because of the Covid-19 crisis in the original host city of Istanbul, although thousands of fans still made a logistically arduous trip to watch their team add to the club’s history in Portugal.

They survived the early departure of defensive lynchpin Thiago Silva – thwarted by a painful-looking injury, but desperate to avoid a repeat of the defeat in the final he was part of with Tuchel at Paris last season – and scored an excellent goal at an ideal time, Havertz latching on to a masterful Mason Mount pass three minutes before the break.

“It’s an incredible feeling. We deserved it. I don’t give a f*ck about [my price tag] now.

Captain Cesar Azpilicueta grabbed Havertz. “He deserves it for a tough season, because of his mentality,” beamed the skipper. “He’s a superstar. He ran like crazy.”

For a player as impactful as the young Germany playmaker was in the Bundesliga, Havertz has endured a torrid season, hampered by a long Covid-19 infection and a dearth of form that may not have entirely been down to his illness.

Such were his performances in his homeland that there was little dispute over the need for Chelsea to break their club record transfer fee to secure his services, signing him for what could amount to more than $100 million.

Perhaps the slice of luck Havertz received, seeing his initial shot after he had evaded Oleksandr Zinchenko blocked back into his path by onrushing goalkeeper Ederson to present him with an open goal, was deserved after his troubles. On the sideline, Tuchel could not contain his joy.

City steamrollered the Premier League in the second half of the season. There were almost no clear chances here, let alone rampages. Chelsea nullified the English champions, although there were inevitable scares: Azpilicueta cleared from under his own crossbar, and Andreas Christensen – Silva’s replacement – blocked a Mahrez effort at close range.

Inspirational midfield orchestrator Kevin de Bruyne looked even more anguished than Silva had been as City were forced to replace him – justifiably, too, given a facial injury agonizing enough to leave him wincing as doctors tended to him, nursing a stream of blood with a towel from a seat after heading off.

His manager, Pep Guardiola, had started the evening determined to prove he could win the Champions League for the first time without the help of Lionel Messi, and there must have been times when he wished he could have counted on the split seconds of magic his former striker can create to complete seemingly impossible missions against defenses of the kind organized by Tuchel.

As usual, the team that claimed fourth place in their domestic league by virtue of Tottenham beating Leicester remained willing and vibrant on the counterattack.

Tuchel covered his face with his hands and sunk to his knees after Christian Pulisic reached a Havertz pass with only Ederson to beat on the edge of the penalty area, N’Golo Kante having shown typical tenacity to win possession in a dangerous area, starting the move which the American ended by rolling his shot wide of the far post.

That was the last major chance. Chelsea, who had looked like a team heading towards midtable with little prospect of troubling the heavyweights of Europe at the start of the year, had done it again, repeating their feat of 2012, when they beat Bayern Munich in Germany.

Zinchenko was among the City stars in tears as Guardiola’s squad received their medals. There was to be no final glorious swansong for the sobbing Sergio Aguero, the club’s top scorer who is heading to Barcelona to join Messi after an exceptional career at the City of Manchester Stadium.

Speaking earlier this season, one of the reasons Abramovich said he still loves the game was its unpredictability. Even with such an expensively-assembled squad of talents, Chelsea were outsiders to win the most prized trophy in Europe until recently, and most would have tipped the Russian to witness his second defeat in a final following the penalty exit at the last hurdle against Manchester United to Moscow in 2008.

His acquisitions of Tuchel and Havertz now look like masterstrokes that even he might not have expected to pay off as handsomely as they have.

“Since Roman’s come in, no club in England has won more trophies – so it’s working,” said former Chelsea midfielder Joe Cole, adding that Tuchel would join the likes of ex-Blues bosses Jose Mourinho and Carlo Ancelotti as a manager ranked among legends.

“He loves Chelsea. He was on the phone, every day, wanting to know what was going on. Havertz was his signing. He can be from Russia but he’s west London.”

“I was so grateful to be in the final again but I had a different feeling,” said Tuchel, calling the sensation “unbelievable”. “We wanted to be a stone in City’s shoes, a stone in the clockwork of Man City.”

Ben Chilwell also arrived last summer as Chelsea looked to strengthen their defense under Lampard, signing from Leicester for $66 million. “It’s what I came to Chelsea for,” he said.

“It’s a dream come true. We knew their strengths. The key was just to get tight and try to be aggressive with them.

“We got very tired throughout the game but when the Champions League is up for grabs, it doesn’t matter. Everyone today defended for their lives.”

There had been murmurs that Guardiola was showing signs of the “overthinking” he has been accused of in previous seasons at City, leading the relative newcomers to the final for the first time in their history after a succession of underwhelming European adventures.

“It’s an honor for us to be here,” he said, reflecting on an “exceptional” season. “We are sad. In the second half we were brilliant, we were brave.

“They are so strong and good on the counterattack. We’ll come back, maybe, one day again.”

England midfielder and Chelsea academy product Mason Mount was overwhelmed as he embraced his father on the pitch.

“I’ve dreamt as a kid of going all the way, winning a final – that’s what this club is about,” he explained. “I can’t put it into words, it’s such a special occasion. At this moment in time, we’re the best team in the world so you can’t take that away from us.

“City are very hard to prepare for: you don’t know what you’re going to get. We got one goal on the break and were defending with our lives for the whole game. Hopefully next season we’ll be challenging for the Premier League as well.” 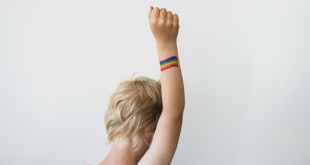 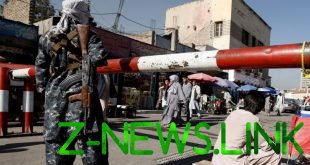 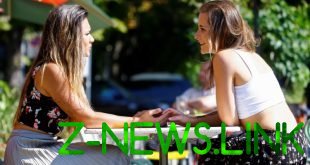