‘I don’t believe a word she says’: Piers Morgan torched on Twitter for skepticism about Meghan Markle’s alleged suicidal thoughts 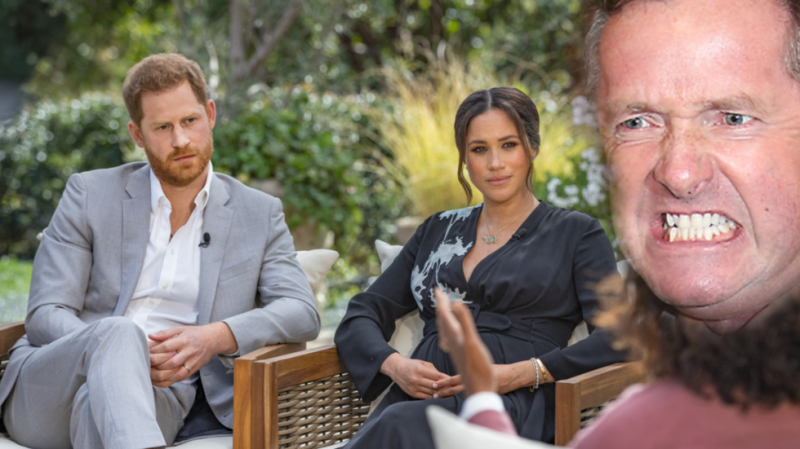 Ofcom, the UK telecoms regulator, trended on UK Twitter on Monday afternoon, after the ‘Good Morning Britain’ host said he didn’t believe the Duchess of Sussex when she told Oprah Winfrey her treatment by the British royal family was “almost unsurvivable” and had caused her to have suicidal thoughts.

“Who did you go to? What did they say? I don’t believe a word that she says,” Morgan said during his apoplectic diatribe, which was no doubt designed to cause as much offence and outrage online as possible. During his minutes-long musings, Morgan described the interview as “contemptible … bilge.”

His co-host, Susanna Reid, well used to his antics, described it as a “pretty unsympathetic reaction to someone who has expressed those thoughts.”

The pair also discussed Markle’s accusations that a member of the royal family had been openly racist about her unborn son, and expressed concern about “how dark” his “skin might be when he’s born.”

So immense was Morgan’s outrage that he also penned an article for the Daily Mail in which he described the interview as “cynical race-baiting propaganda.”

Elsewhere on Twitter, he referenced the accusations of bullying levelled against Markel herself by former palace staffers.

“So, #AbolishTheMonarchy is now trending, albeit below me. Congrats Meghan & Harry – your mission is complete,” the magnanimous Morgan tweeted.

“I wouldn’t believe Meghan Markle if she gave me a weather report,” he added, continuing that her comments about the royal family, at a time when Prince Philip is recovering in hospital after a heart operation, was nothing more than “vile, destructive self-serving nonsense.”

Needless to say, many Markle sympathisers were aghast at Morgan’s seemingly relentless attack on the duchess on multiple platforms.

“Well done, Piers. On International Women’s Day, what could be more fun for you than continuing to bash a heavily pregnant woman who has just confessed to mental health issues and contemplating suicide,”wrote one user, though not everyone agreed.

“Anybody can say they have mental health issues and had suicidal tendencies. A lot do it to gain sympathy. Don’t forget she is an actress!!!” another Twitter user fired back, appearing to side with the firebrand breakfast-TV host.

Others took issue with Markle’s claims about racism within the royal family by referring to her husband’s own youthful indiscretions with regard to the plight of other races.

Many, however, appeared weary of the neverending outrage and subsequent ragebait served up by Morgan across television, the print media and Twitter.