Home / WORLD / ‘I do love Doritos’: Ted Cruz responds to viral, fake CNN correction about him having a ‘QAnon’ Dorito stuck to suit 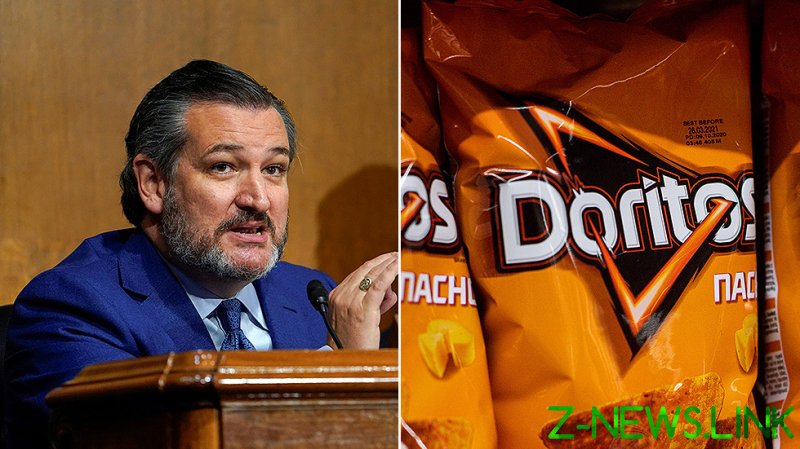 On Friday, the fake correction went viral on Twitter with many users believing it to be real. “CORRECTION: A previous version of this story misstated that Sen. Ted Cruz was seen wearing a pin featuring a QAnon symbol,” the ‘correction’ read. “It was later discovered this was not a QAnon pin, but a Doritos snack chip stuck to his suit.”

The funny – but bogus – image was shared on social media by several, prominent verified figures before CNN reporter Daniel Dale declared, “Friends, I regret to inform you that this is not real. There is no CNN Doritos correction.”

After some journalists accusedhim of ruining the fun, Dale added that although the fake correction was funny, some people had started “using it to bash CNN,” and so he felt compelled to set the record.

Not everyone at CNN saw the fun in the image, however. Head of Strategic Communications Matt Dornic revealed that CNN had received inquiries about the image. “I don’t think fake news is that funny,” he wrote.

Cruz himself was game to join in on the joke, posting on Twitter, “I do love Doritos.”

The senator has previously joined in with viral jokes centered around him – a notable example being when Cruz posted an encrypted letter from the Zodiac Killer after conspiracy theorists alleged that he could be the infamous, never-caught murderer.

QAnon is a conspiracy theory which gained popularity during the Trump administration – it alleges there is a secret cabal of Satanist, pedophile cannibals in the US government who President Donald Trump has been quietly waging a war against.

As for CNN, though the Doritos correction was a fake, the media organization did have to publish a humiliating correction this week after a report on the storming of the US Capitol falsely claimed Rep. Ted Lieu “grabbed a crowbar before leaving his office” during the incident. The congressman had actually “grabbed a ProBar energy bar,” CNN clarified, to much ridicule.