Home / WORLD / ‘I didn’t mean it’: Petr Yan issues apology after being DISQUALIFIED for illegal strike in UFC 259 title fight with Sterling 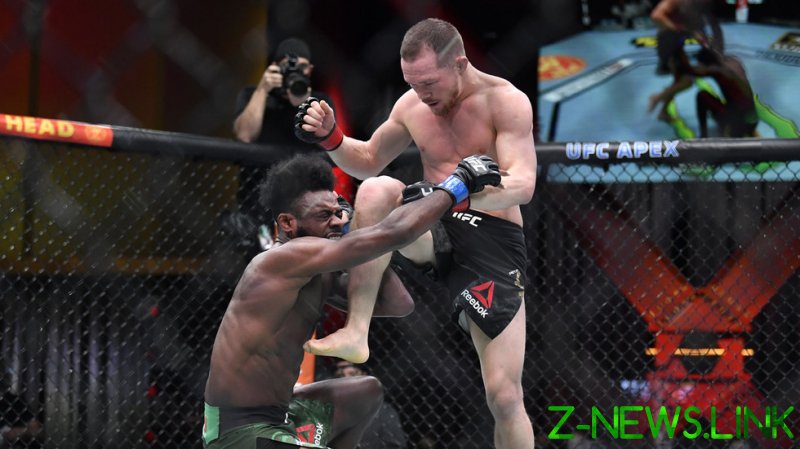 Defending champion Yan caught Sterling with the illegal shot in round four of their contest in Las Vegas, driving a knee into the American’s head as he was on one knee on the canvas.

It was a blatantly outlawed move and saw Yan disqualified by referee Mark Smith and Sterling crowned the new champion.

“I apologize and wish speedy recovery to [Sterling],” Yan tweeted in the aftermath. “I didn’t mean to throw an illegal strike, I just made a big mistake and paid for it.”

The Russian had been ahead on two of three scorecards at the time of the incident, and appeared on course to win the first defense of the title he claimed by defeating Jose Aldo last July.

In the end it was unwanted history for Yan as, according to UFC statisticians, it was the first time a title had changed hands due to a disqualification.

A dazed Sterling had been given time to recover from the blow, but was unable to continue as he was crowned champion despite calling the conclusion to the bout “bullsh*t”.

Sterling made his disgust evident by tossing the 135lbs belt to the canvas after it had been placed around his waist, and said he would run it back with the Russian.

Taking to Twitter, the 31-year-old New Yorker wrote: “Not the way I ever want to win a fight. It was close, competitive and filled with action.

“I felt the knee was intentional, especially after the ref announced I was a downed opponent, so I didn’t expect to be hit. Yan is a bad dude! WE WILL DO IT AGAIN!”

Yan, 28, suffered a first defeat in eight fights in the UFC, and only a second loss in his 17-fight professional career.