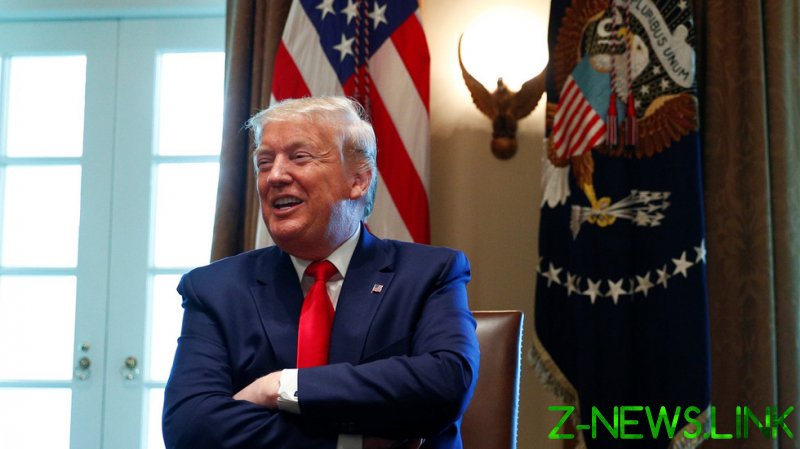 He then continued to push his belief that the presidential election was rigged in Biden’s favor, an opinion that saw him kicked off of major social media platforms and impeached by the House of Representatives following the US Capitol riot on January 6. The ex-president was later acquitted in the Senate.

“Almost 75 million votes and probably a lot more than that,” the former president said, referring to the official count of his votes in the election – the highest of any president running for reelection. Trump has insisted multiple times ballots from his supporters were dumped and false ballots for Biden were counted, though no such massive voter fraud has been proven.

Biden faced a wave of mockery on Friday after footage of him falling three times on the stairs to Air Force One went viral.

The White House said the president did not require medical attention and suggested “windy” conditions were behind the 78-year-old’s stumbling.

Trump’s mockery followed that of his eldest son, Donald Trump Jr., who poked fun at the “windy” explanation and shared a parody video which made it look like a golf ball hit by his father knocked Biden to his knees.