‘I demand accountability’: US Marine relieved of duty after blasting ‘senior leaders’ for poorly planned Afghan exit in viral clip 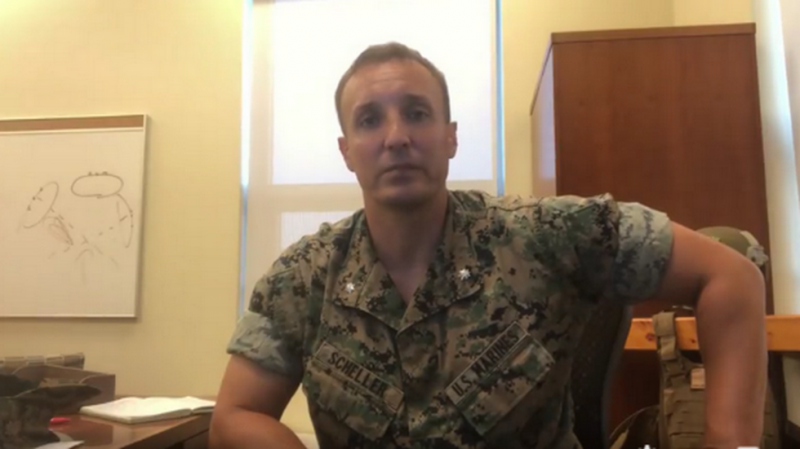 In a video posted to his Facebook account on Thursday night, Marine Lt. Col. Stuart Scheller unloaded on the country’s military and political leaders for their repeated blunders while exiting America’s longest war, saying that “none of them are raising their hands and accepting accountability or saying ‘We messed this up.’”

“We have a secretary of defense that testified in Congress in May that the Afghan national security force could withstand the Taliban advance,” he said, citing a prediction that proved radically mistaken after the militants overran all of Afghanistan in a matter of days earlier this month.

Scheller’s video was posted just hours after an Islamic State (IS, formerly ISIS) suicide bomb erupted outside Hamid Karzai International Airport in Kabul, killing scores of Afghan civilians, including 28 Taliban members, two British nationals, and 13 American soldiers. The attack prompted criticism of the Joe Biden administration and his military planners – who had already taken heat over the disorderly evacuations – with the Wall Street Journal’s editorial board accusing the president of attempting to “duck responsibility” in the wake of the bombing.

On Friday evening, the Pentagon said it carried out a retaliatory drone strike against the Afghan Islamic State affiliate known as ISIS-K, claiming to have killed one militant planner. It is yet unclear if the alleged ISIS member had any ties to Thursday’s suicide bombing, however.