‘I am like a God’: Kazan school shooter’s chilling message revealed as Putin orders gun control probe after eight killed in attack 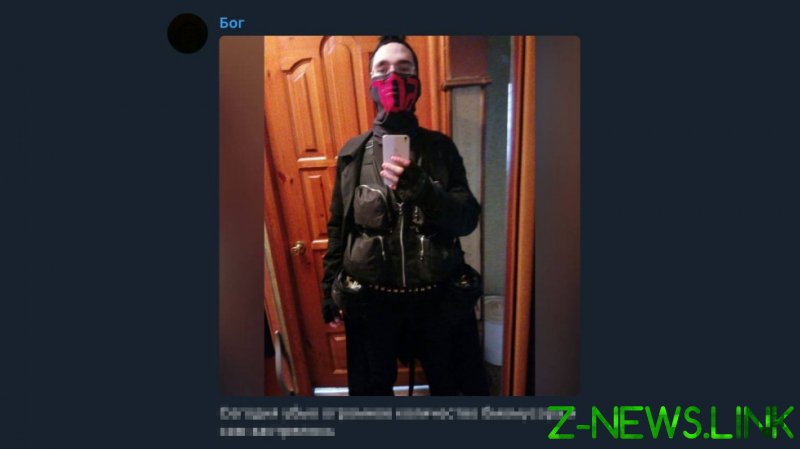 Media in the country named the suspect as 19-year-old Ilnaz Galyaviev, identified as a former student at School No. 175, where the attack took place on Tuesday morning. He had subsequently gone on to study at the nearby TISBI management university, but a spokesperson for the college told Moscow’s RBC that he had been expelled after falling behind on his studies.

The source told reporters that Galyaviev had “shown himself to be a quiet and non-abrasive student during his studies. He was always neat and calm, and respectful of fellow students and teachers.” The teenager had apparently stopped attending classes in January and lost touch with tutors. “He did not appear to defend his industrial experience project or to sit three state exams, as a result of which he was expelled,” the press office added.

Last week, Galyaviev is reported to have set up a channel on the Telegram service, with messages purporting to be from “God.” In a series of comments written last Thursday, the account announced that “I am like a God.”

The account went on to say that the population of the world were his “slaves,” and should kill each other before ultimately killing themselves. He added that there should be no living creatures left in the world, and that life was a “mistake of the universe.”

Prior to the shooting, he is reported to have written that he would kill a large number of people before ending his own life. A photograph posted to the channel showed a man resembling the one detained by police posing for a selfie while wearing what appears to be a combat vest and a face covering, emblazoned with the word “Bog,” or “God” in Russian.

Eyewitnesses report hearing an explosion and gunfire coming from the school, as footage emerged of students being treated on the grounds outside for injuries and climbing out of windows to escape the shooting.

The Baza news site quotes Galyaviev’s father as saying that his son was “not religious, and he never expressed or showed any bad thoughts or ideas.”

Rustam Minnikhanov, the president of the majority Muslim Russian region of Tatarstan, where Kazan is located, said that Galyaviev was a registered firearm owner.

Speaking to journalists later on Tuesday, Kremlin spokesman Dmitry Peskov said that Russian President Vladimir Putin had given an order to begin an emergency review of gun control legislation. “The fact is that sometimes types of small arms are registered as hunting weapons, which in some countries are defined as assault rifles and so on,” he said. “This, too, will be urgently worked out by the Russian Guard.”