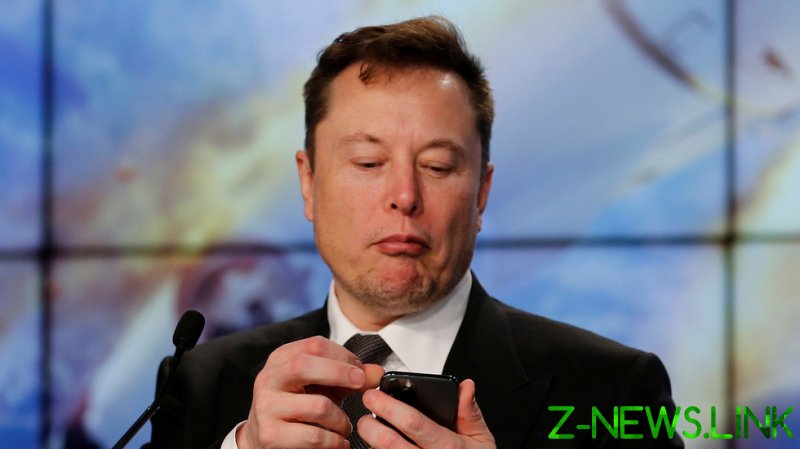 The world’s richest man returned to his virtual soap box around 48 hours after he announced on Tuesday that he would be practicing Twitter abstinence.

The social media relapse began innocently enough, with Musk retweeting a video of a SpaceX satellite launch – but he soon began flooding Twitter with memes and off-the-cuff remarks.

The businessman began the binge with a photograph of a rocket accelerating into outer space, tagging the picture with “Doge,” the ‘meme’ cryptocoin that he has joked about repeatedly.

That comment led to even more outlandish posts. Dogecoin is the “people’s crypto” and you don’t need to be a “gigachad” to own some, Musk wrote, adding: “No highs, no lows, only Doge.”

He then suddenly and without explanation switched topics.

“Sandstorm is a masterpiece,” Musk tweeted, apparently in reference to the famous (or infamous) electronic instrumental by Finnish DJ Darude.

Shortly after sharing the music review, Musk shared his feelings about his peculiar ability to disrupt markets with his tweets.

“I am become meme, Destroyer of shorts,” he joked, in what seems to be a less-apocalyptic rendition of Robert Oppenheimer’s musings about the detonation of the first atomic bomb in 1945.

Musk’s comments about Dogecoin and other financial assets have been attributed to huge market fluctuations. For example, after he added “#bitcoin” to his Twitter bio, the crypto shot up in value, reportedly liquidating $57 million in short positions in just ten minutes. Dogecoin, widely regarded as a ‘joke’ coin, also shot up in price after Musk began sharing memes about it.

But with great power comes great responsibility, and the billionaire has acknowledged that he should show more restraint. In a widely discussed talk that he gave on the invitation-only social media app Clubhouse on Sunday night, Musk conceded that he had to be “careful” about what he says, because his remarks can “affect the market.” There was speculation that his market-shaking tweets may have played a role in his decision to take a break from the platform. Judging by his latest remarks, it appears he is no longer particularly concerned about sending markets into orbit – or about crushing short sellers.