Home / WORLD / Hypocrisy at its finest: US announces millions in aid for Syria crisis, caused largely by its regime-change policy and sanctions

Hypocrisy at its finest: US announces millions in aid for Syria crisis, caused largely by its regime-change policy and sanctions 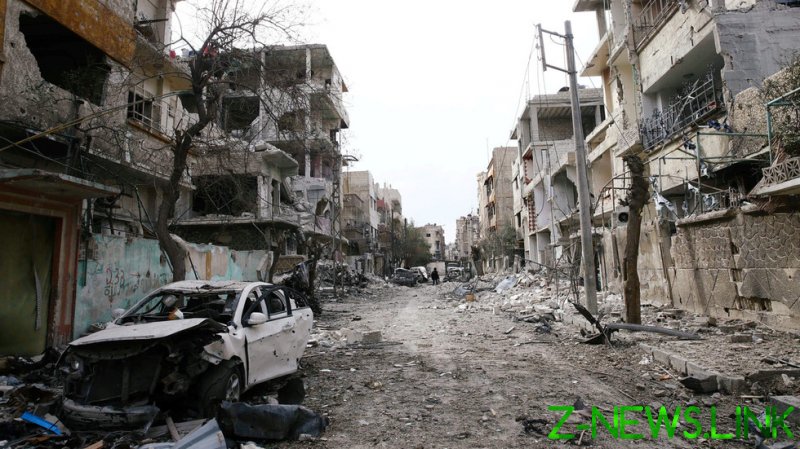 “How is it possible that we can’t find in our hearts the common humanity to actually take meaningful action?” Blinken said on Monday, calling for the reopening of aid corridors and an increase in aid for war-torn Syria.

Whilst the Biden administration’s representative has been praised by Western media as playing the role of a concerned humanitarian, what has been left out of the picture is Blinken’s role in starting the war on Syria 10 years ago. Under the Obama administration, Blinken helped engineer the US plot to aid “Syrian rebels” in order to take down the Assad government. Instead of backing purely “moderate” opposition, the US ended up providing arms and training to armed groups linked with Al-Qaeda. They also backed the claims of extremist groups, helping their war efforts with airstrikes based on reports of chemical weapons attacks – all this supposedly being out of apparent concern for Syrian civilians.

It seems the Biden administration has, for now, dropped the attempt to overthrow Syrian President Bashar al-Assad by force, with Antony Blinken claiming to have learnt lessons from the Obama administration’s failure on the issue. Instead the US government now pursues a policy of resource theft, occupation of Syrian lands, and a brutal sanctions regime.

This is what Mark Lowcock, the UN’s under-secretary-general for humanitarian affairs and emergency relief coordinator, stated yesterday on the humanitarian situation: “We estimate that 13.4 million people across all parts of Syria require humanitarian aid. Twenty per cent more than last year. The deep economic decay from a decade of war has deepened further over the last year, not least as a result of the pandemic. The Syrian pound fell to its lowest point ever against the dollar this month. Because food is imported, one consequence of that is that food prices are at unprecedented levels. And a consequence of that is that more than 12 million people no longer have reliable access to food. And a consequence of that is growing hunger and malnutrition, especially among children.”

What Lowcock did not mention during his speech was how the impact of sanctions has factored into this deterioration of the humanitarian crisis in the country. Specifically with the US’ ‘Caesar Act’, which entered into effect in June 2020, there should have been some consideration as to how this has been a causation for the impacts seen over the past year on Syria’s humanitarian crisis. The sanctions, which the US argues are aimed at “protecting civilians,” target the construction, oil, military, and engineering economic areas.

In fact, the ‘Caesar Act’ sanctions have been condemned from inside the UN itself. According to Alena Douhan, UN special rapporteur on the negative impact of the unilateral coercive measures on the enjoyment of human rights, “The [Caesar Act] sanctions violate the human rights of the Syrian people, whose country has been destroyed by almost 10 years of ongoing conflict.”

Addressing the impact of sanctions as “a form of collective punishment” which has contributed to some 90% of Syrians now living below the poverty line, Russian Deputy Foreign Minister Sergey Vershinin noted that “paradoxically, the living standards in Syria have substantially deteriorated over the last year while violence was reduced considerably.”

Vershinin said there are reports that “US convoys take oil and grain from Syria to Iraq every day.”

“According to information available on March 23, 300 petrol trucks and over 200 grain trucks have crossed the border from Syria to Iraq since the beginning of the month,” the official said.

The “humanitarian hero” of the Biden administration, Antony Blinken, was also coincidentally requesting during his speech the opening of two separate crossings – from both Turkey and Iraq – into northeastern Syria, where US forces are based. The US currently illegally occupies roughly a third of Syrian territory with its Kurdish allies, the SDF, meaning that Washington has control of 90% of Syria’s oil resources, as was revealed by Syrian Oil Minister Bassam Touma.

What’s especially concerning, with Syria’s oil resources in the hands of the Americans, is that Syria has now announced it will further ration the usage of fuel, as a knock-on effect of the recent blockage of the Suez Canal.

Although the United States has announced it will be contributing a 596-million-dollar humanitarian aid package to help struggling Syrians, this will only temporarily help those living inside Syria, whose means of creating a living are limited largely due to sanctions. The UN has also called for a much larger sum of a combined 10 billion to be raised, in order to properly remedy the crisis.

While the US and EU sanction Syria, robbing it of the ability to rebuild from the destruction endured during the war, and Americans continue to illegally occupy its most fertile agricultural lands and oil fields, it is an insult for them to speak of “humanitarian gestures.”

The US does not deserve praise for any aid it delivers to the country; this should be a bare-minimum obligation. If the likes of Blinken truly cared about Syrian civilians, he wouldn’t have helped start the war in the first place – nor would he defend the illegal sanctions currently in place, which are causing the people of Syria to starve.