Husband of Natalia Poklonskaya said the reason for parting with her 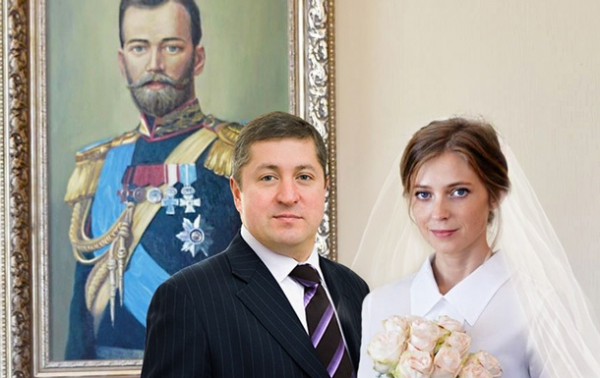 Lawyer Ivan Solovyov could not get along with a woman with such strong leadership qualities.

Known spouse of the Deputy of the state Duma Natalia Polonskaya, associate Ivan Solovyov said about the separation with his wife. He told journalists that the two leaders in the same family it is very difficult to get along with. According to him, they are both beautiful and smart, and determined, but his wife all the parameters for the step ahead. Family life couples ruined pragmatism and the pursuit of career growth. According to the statement of Ivan, he doesn’t want to interfere with your personal life and promotion.
“I never asked anybody under the wing and certainly didn’t build a career on deep personal relationships. Know what to product and financial plans is always ruined me, but allowed to be myself,” said the man to RIA Novosti.
Recall the message Poklonskaya modestly got married a year ago in the Crimea. Then the lawyer held the position of head of the office of the Commissioner for human rights in Russia. He is now the Advisor to the Chairman of the Board of the Association of combat veterans of internal Affairs bodies and internal troops of Russia, Colonel of police retired.

We will remind, earlier Solovyov said that he had to beat the beautiful Natalia, many fans. After the wedding the couple was going to build a house, actively engaged in social activities. Ivan even changed the position of assistant to the Deputy on public principles, — namely, his wife.