Home / WORLD / Hurricane Ida intensifies rapidly, will become one of strongest storms to hit Louisiana ‘since at least the 1850s,’ governor warns

Hurricane Ida intensifies rapidly, will become one of strongest storms to hit Louisiana ‘since at least the 1850s,’ governor warns 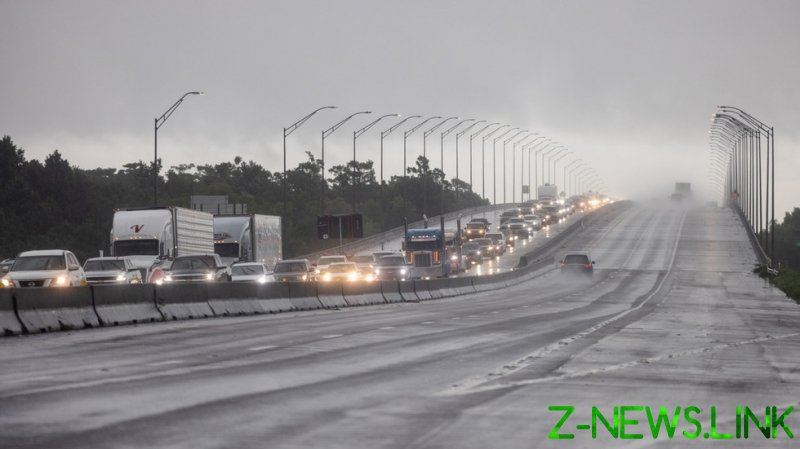 US National Weather Service (NWS) forecasters are “extremely confident” in their current projections for Ida, Edwards said at a press briefing on Saturday, including expectations that it will pummel the Louisiana coast on Sunday and will intensify to at least Category 4 strength with winds of 140 miles per hour before making landfall.

“You really don’t hear them speaking very often about that level of confidence,” the governor said. “So we can sum it up by saying this will be one of the strongest hurricanes to hit anywhere in Louisiana since at least the 1850s.” He added that the storm may grow to nearly 300 miles wide.

Given Ida’s massive size, the NWS extended its warning for storm surge – an abnormal rise in water levels that can be pushed upward of 30 miles inland – as far east as the Alabama-Florida border. There’s a “moderate” risk of flash flooding almost as far north as Memphis, Tennessee.

New Orleans is forecast to start seeing tropical storm-force winds on Sunday morning, while Ida’s eye will make landfall in the afternoon or evening. The storm is tracking to hit Louisiana on the 16th anniversary of Hurricane Katrina, which devastated New Orleans and killed more than 1,800 people. Parts of New Orleans, including the Lower Ninth Ward, still haven’t recovered from Katrina. The city’s population is 21% lower than in 2000, the last Census before Katrina.

Ida was located about 240 miles south-southeast of the mouth of the Mississippi River as of 5 p.m. New York time on Saturday, and it had maximum sustained winds of 105 miles per hour. With water temperatures near 90 degrees Fahrenheit, the storm is forecast to become an “extremely dangerous” major hurricane with “life-threatening storm surge, potentially catastrophic wind damage and flooding rainfall,” the NWS said.

New Orleans Mayor LaToya Cantrell said it’s too late to order mandatory evacuations because there’s not enough time to reverse southbound highway lanes to accommodate those who are fleeing northward. Residents who intend to evacuate should get out now, she told reporters on Saturday, because “time is not on our side.”