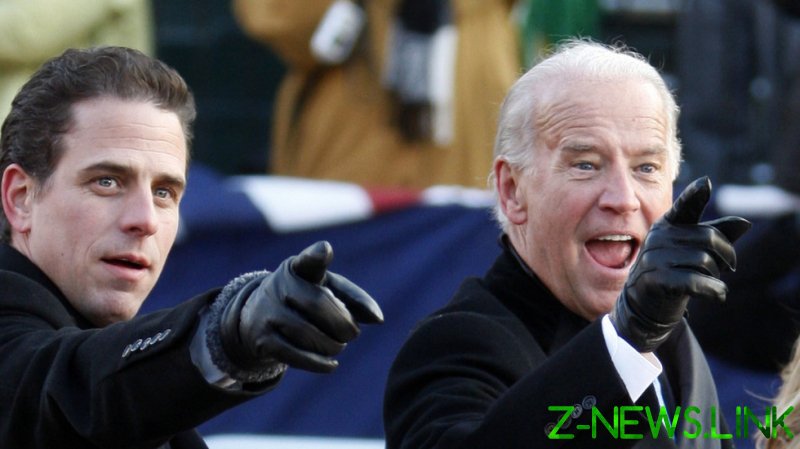 A tranche of emails, text messages and photos, allegedly taken from a hard drive that belonged to the former vice president’s son and published by the New York Post, have been dismissed by many media outlets as “unverified” and potentially even “Russian disinformation.” Twitter even blocked the link to the original story. But now a man claiming to be a recipient of one of the leaked emails, concerning a business partnership with a Chinese firm, has confirmed the authenticity of the message, dated May 13, 2017.

Tony Bobulinski, the CEO of Sinohawk Holdings, released a statement on Wednesday night in which he called the email “genuine” and said that any suggestion that it is part of a foreign-sponsored smear campaign is “false and offensive.” He said that he had been requested by the Senate Committee on Homeland Security and Government Affairs and the Senate Committee on Finance to produce all documents relating to his business affairs with the Biden family and that he planned to fully cooperate.

The message in question, published by the Post last week, reveals that Hunter Biden pursued an unspecified business venture in 2017 with the now-bankrupt Shanghai-based CEFC China Energy Co, with his pay described as “850.” The email was titled “Expectations” and detailed “remuneration packages” for six people involved in the deal who were only identified with initials and nicknames.

Additionally, Hunter would own 20 percent of the venture’s equity, and hold on to another 10 percent, “for the big guy,” who would receive his payment through “H”  – presumably the former vice president’s son. By that time Joe Biden was no longer serving as vice president, but it’s unclear when negotiations with the Chinese firm first began.

In his statement, Bobulinski said that “the big guy” is “in fact a reference to Joe Biden,” and noted that Hunter often consulted with his father about his business dealings. The CEO challenged the former vice president’s repeated claim that he has never involved himself in his son’s business affairs.

“I’ve seen firsthand that that’s not true, because it wasn’t just Hunter’s business, they said they were putting the Biden family name and its legacy on the line,” he wrote.

The CEO claimed that the Bidens had “gone behind his back” and misused their business partnership to rake in millions from the Chinese. He claimed that the Hunter used the company as a “personal piggy bank,” while their Chinese associates saw the deal as a “political or influence investment.”

Bobulinski, a Navy veteran, said that he wasn’t political and that the few campaign contributions he has made over the years have been to Democrats. He stressed that he had “no political ax to grind,” and only wanted to clear his name and set the record straight.

The Bidens’ dealings with the Chinese firm is just one of several explosive stories based on emails taken from Hunter’s hard drive. The data, first published last week, was reportedly recovered from a laptop in a Delaware computer repair store, after Hunter purportedly failed to pay for repairs to his computer and never returned to the shop to pick it up.

The Democratic presidential nominee has condemned the Post’s reporting, describing it as a “desperate campaign to smear me and my family.”