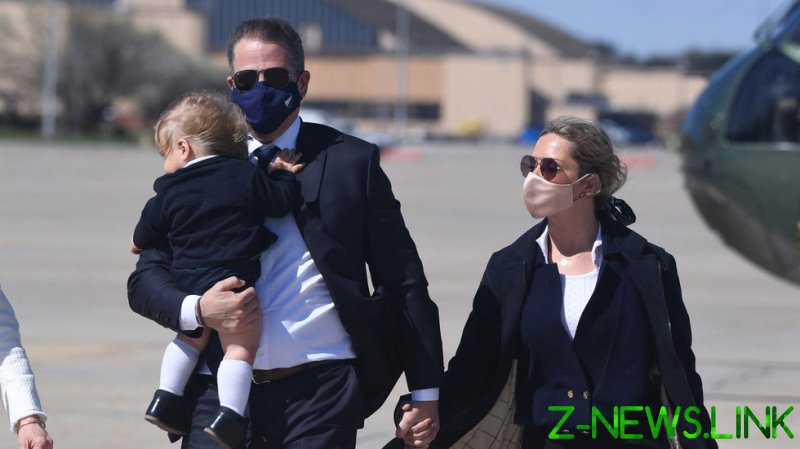 Confronted outside his art exhibit at an New York gallery on Thursday, Biden was asked if he had retrieved the infamous laptop which featured emails about overseas business dealings, along with explicit footage of him apparently doing drugs and cavorting with various women.

Biden’s wife Melissa Cohen interjected to respond that the laptop “doesn’t exist” before Hunter himself commented that “there’s always a smart-ass in the bunch,” the New York Post reported. It was unclear whether or not Cohen made the comment as a joke.

The invitation-only exhibit at the George Berges Gallery in Soho drew about 60 guests. The gallery was so intent on privacy that it installed a curtained vestibule outside the front door, blocking further visibility with curtains.

Sources had earlier told the Post that prospective buyers had to call the gallery and submit to unspecified “vetting” by a “team of lawyers.” Gallerist Berges insisted that only he would know the real names of the individuals who bought the paintings, attempting to pour cold water on speculation that special interests might try to “curry favor” with the elder Biden by buying his son’s paintings.

The White House did its own preemptive damage control, also announcing the buyers would be anonymous.

The First Son has reportedly lost three laptops, the most recent of which he claimed had been stolen by Russian drug dealers.

The first laptop, said to be abandoned by Biden in a Delaware repair shop, contained email communications between Hunter and a high-ranking individual at Ukrainian energy company Burisma who was seeking advice on how to “use your influence” – presumably his family name and connections – on behalf of the company. While the elder Biden has insisted he knew nothing about his son’s business dealings, the emails indicated that the executive had been flown to Washington specifically to meet and “spent [sic] some time with” the then-vice president.

Hunter Biden admitted in April that the first lost computer “absolutely” could have belonged to him.